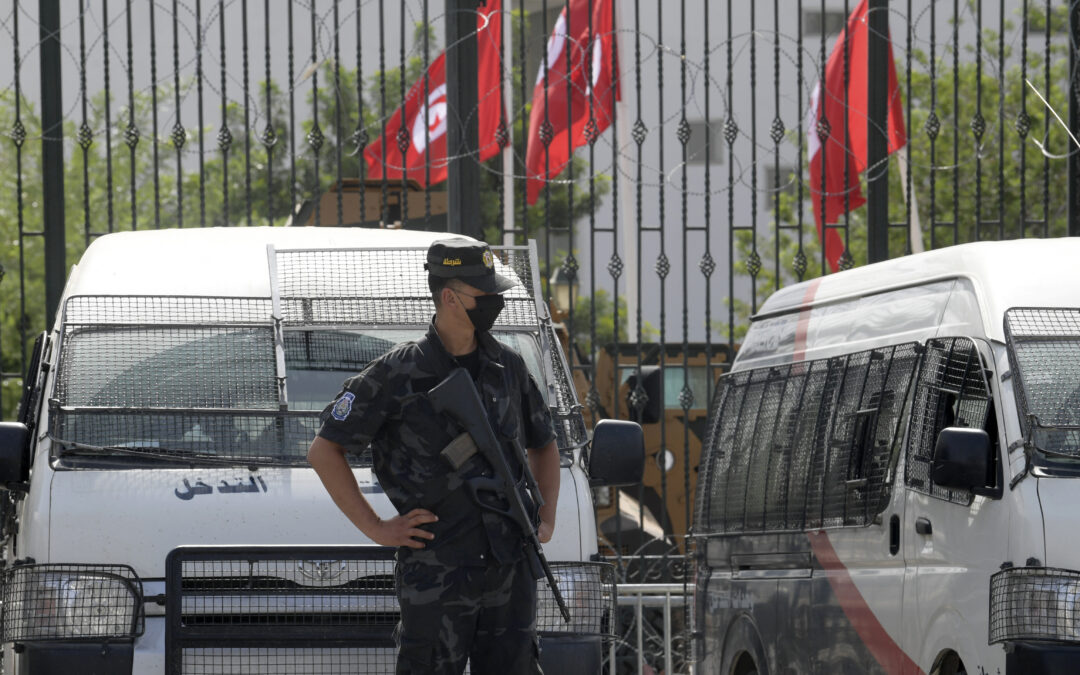 Tunisian security forces arrested a member of parliament at his home, his wife and lawyer said, after he criticised President Kais Saied on Facebook and called his seizure of governing powers a “coup”.

Yassin Ayari, who represents a small party in Parliament, has previously expressed frequent criticism of Saied, who on Sunday dismissed the prime minister, froze Parliament for a month and said he was taking over executive authority.

Neither the security forces nor the judiciary were immediately available for comment on Ayari’s arrest.

Ayari’s wife, Cyrine Fitouri, told Reuters news agency by phone that about 20 men in plain clothes who introduced themselves as members of a presidential security unit had raided their home earlier on Friday and used violence as they arrested him.

“They took him forcefully while his mother was shouting,” she said, adding that they had told the family not to film them as they took him away.

A lawyer representing Ayari told Al Jazeera that security forces in civilian clothes took the parliamentarian to an unknown destination. He added that Ayari was not previously summoned for investigation.

Neither the security forces nor representatives of the judiciary were immediately available for comment on Ayari’s arrest.

When Saied announced his emergency measures on Sunday, he also said he would take over public prosecutions and said he was lifting the immunity of parliament members, leaving them vulnerable to any existing charges against them.

Hours after the arrest, Tunisia announced that it is investigating supporters of Ennahda, a political party that accused the president of a coup, after they were involved in scuffles outside parliament while protesting against him, TAP news agency reported on Friday.

Both moves may add to concerns over rights and freedoms in Tunisia after Saied on Sunday dismissed the prime minister, froze parliament for a month and said he was taking over executive authority.

Ennahda, the biggest party in parliament, held a sit-in outside the building early on Monday after it was surrounded by the army. Hundreds of supporters of Ennahda and Saied confronted each other, with some throwing stones or bottles.

Among those under investigation for “attempting to commit acts of violence” are a member of an important party council, a former bodyguard of the party leader Rached Ghannouchi, who is parliament speaker, and an honorary member of his staff.

No investigations have yet been announced into supporters of Saied who were also present.

Meanwhile, Tunisia’s president promised he would not turn into a dictator and rejected accusations he had staged a coup.

“I know the constitutional texts very well, respect them and taught them and after all this time I will not turn into a dictator as some have said,” the presidency quoted the former law professor saying.

Saied on Thursday said he would uphold the freedoms and rights of Tunisians as the United States urged him to return the country to “the democratic path” and key civil society groups said he must uphold the constitution.

His actions appear to have widespread popular support in Tunisia, where years of misgovernance, corruption, political paralysis and economic stagnation have been aggravated by a deadly surge in COVID-19 cases.