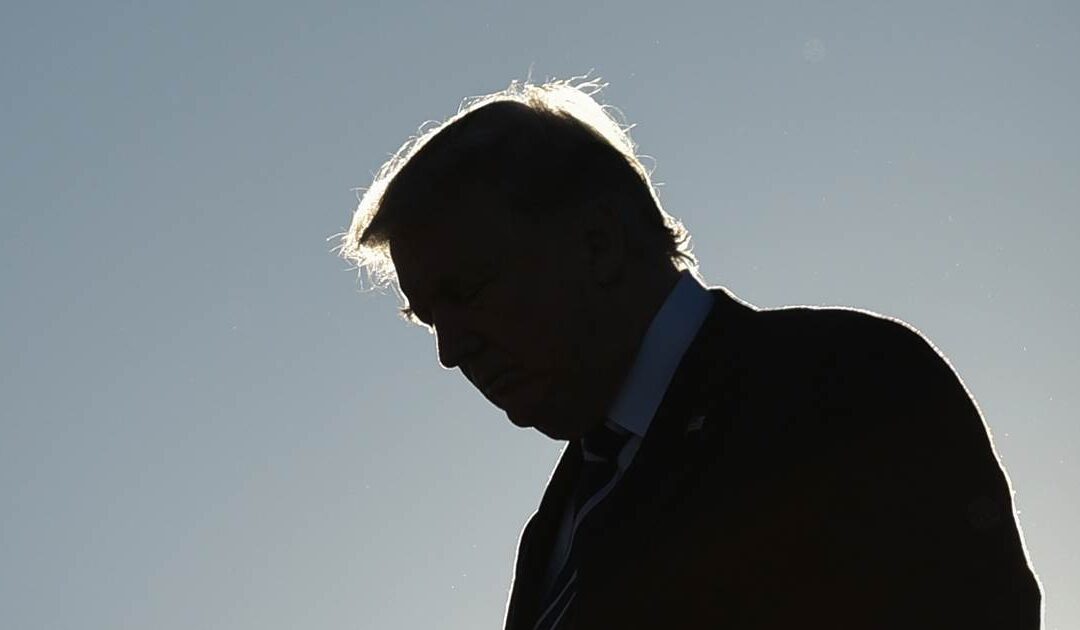 Twitter suspended an account on Thursday that appeared to be circumventing its ban on former President Donald Trump by posting messages he shared on his own website.

The move was more evidence that the social media behemoth will continue to take action to enforce its ban on Trump, which was instituted in his final days in office as he tried to overturn his election defeat.

On Thursday morning, a Twitter accounts with the handle “@DJTDesk” appeared on Twitter. The account’s bio section stated that the handle would be featuring “Posts copied from Save America on behalf of the 45th POTUS; Originally composed via DonaldJTrump/Desk.”

In a statement to NBC News, a Twitter spokesperson said, “As stated in our ban evasion policy, we’ll take enforcement action on accounts whose apparent intent is to replace or promote content affiliated with a suspended account.”

Jason Miller, a spokesman for Trump, told NBC News the account was not set up by, or with the permission of, anyone affiliated with the former president.

The emergence of the new account came just a day after Trump launched a new platform, called “From the Desk of Donald J. Trump,” that allowed him to post comments, images and videos on his DonaldJTrump.com website, and that allowed people to share that content themselves on social media. The website contains many of the statements the former president has issued via press release in the months since he was banned from Twitter and several other social media sites.

Facebook also banned Trump indefinitely after the riot, but on Wednesday the network’s quasi-independent Oversight Board said the company must reassess how long the ban will remain in effect, opening the door to him eventually returning to the platform. Facebook must complete a review of the length of the suspension within six months, the board said.