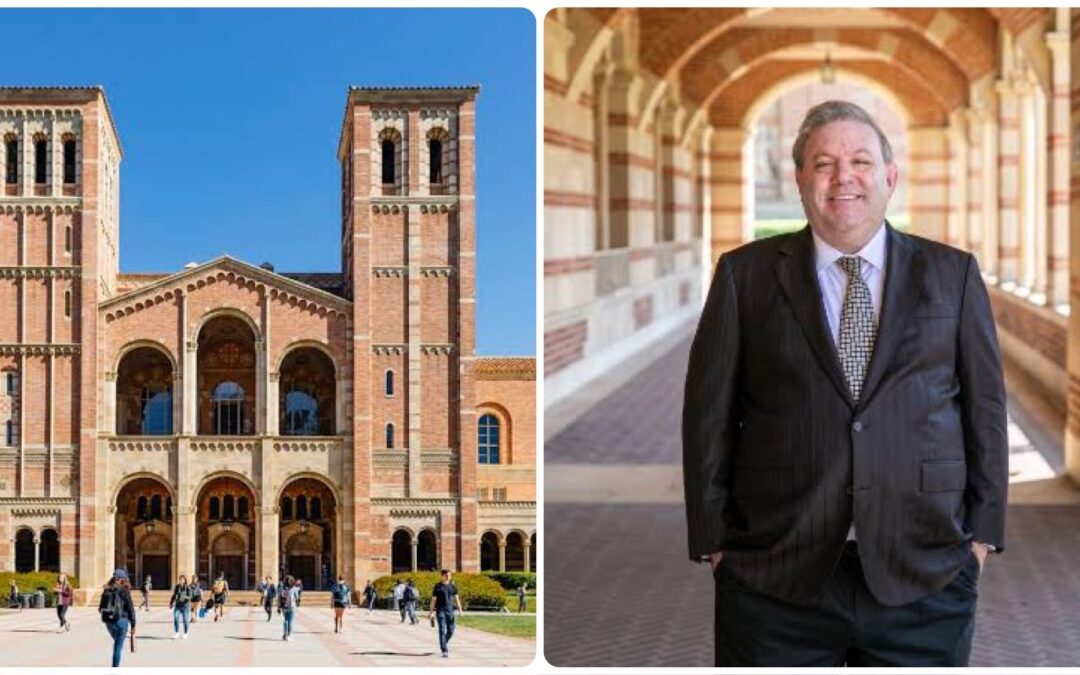 A professor at the University of California, Los Angeles (UCLA) sued the dean of the school for damages after he was suspended for refusing to be biased in judging the work of his black and non-black pupils.

In the summer of 2020, in the wake of trauma caused by the George Floyd incident, Gordon Klein, a lecturer in accounting at the Anderson School of Management at UCLA, who has been at UCLA for 40 years, was suspended by the University.

On Monday this week, he filed a case against the school dean and laid bare his side of the story on Bari Weiss’s Substack on Thursday. Mr Klein said he was wrongly punished by the University for refusing to discriminate against his students based on their skin colour.

In his blog, Klein said he was seeking unspecified damages “not only to correct the tortures he had endured but also to protect academic freedom.”

“He was suffering from severe mental distress, trauma, and physical illness treated by his primary care physician, gastrointestinal physician, and psychiatrist,” he said in a court document arguing that his job as a consultant had dropped dramatically due to UCLA’s disagreement and sought financial relief.

In June 2020, Mr Klein was handed over a three-week suspension by the UCLA Anderson School of Business on account of his refusal to treat his black students on different criteria.

Klein says his problems started after he responded to an email from a non-black student in his class who asked him to evaluate the work of his black classmates with greater “leniency” than others because of the emotional distress they had faced in the aftermath of the George Floyd incident.

“The unjust murders of Ahmaud Arbery, Breonna Taylor and George Floyd, the life-threatening actions of Amy Cooper and the violent conduct of the [University of California Police Department] have led to fear and anxiety which is further compounded by the disproportionate effect of COVID-19 on the Black community. As we approach finals week, we recognize that these conditions place Black students at an unfair academic disadvantage due to traumatic circumstances out of their control,” the email sent by a student to Klein reportedly read.

In order to make his case, the student also drew on UCLA’s pledge to “Equality, Diversity and Inclusion” agenda, which prescribes professors to grant “equity” to students belonging to “underrepresented groups”.

Klein welcomed the principles cited by the student but he held that academia had corrupted them to such an extent that they were nothing more than “hollowed out corpses devoid of their original meaning.” He claimed in his Substack blog that the meaning of “diversity” has distorted into ideological homogeneity and “inclusion” meant the exclusion of some to favour others regarded as more deserving.

Klein was shocked by the student’s email and felt the request “deeply patronised and offended the black students he claimed to care so much about.” He emailed back: “Are there any students that may be of mixed parentages, such as half black half-Asian? What do you suggest I do with respect to them? A full concession or just half?”

“Also, do you know if there are students from Minneapolis? I think they’re probably particularly devastated. The white students from there are racist, even if they’re not particularly racist. Some people think it’s a person, so I think this could be even more devastating,” he said in his email to the student concluding that he will not mark students’ work differently based on the student’s skin tone.

Defending his stance, Klein wrote he holds a degree and is pretty sure the university’s EDI agenda violates Proposition 209, the California Constitution’s prohibition against race-based preferences in public education.

Klein thought he had provided a satisfactory explanation to dissuade the student from demanding preferential treatment for the black students. But, the professor was in for a rude awakening. By the evening, students were baying for his job. They ran a petition asking the university to fire him. Within a day or two, Klein reminisces, about 20,000 students had signed the petition for his insistence to persist with non-colour-blind grading.

He was attacked for being a white man and called “woefully racist”. Three days after he sent the email, on June 5, the university handed him a three-week suspension amidst a growing online campaign directed at him. He even started receiving death threats on emails and voicemails that forced him to seek police protection.

Amidst his ordeal, Klein explains, Anderson administrators were rattled. But not because of the death threats received by him but because the school’s reputation was taking a beating. The university hadn’t accorded an African-American professor tenure in decades. It, however, had a handful of tenured Latino professors.

“Black students made up about two per cent of the student body. And men outnumbered women roughly two-to-one, leading many students to call Anderson the MANderson School of MANagement,” he wrote.

As racial reckoning swept the United States, Antonio Bernardo, the dean of UCLA Anderson, took a decision what Klein described as a “well-timed publicity stunt” to deflect attention away from the school’s appalling reputation as a forbidding place for persons of colour and suspended Klein that triggered mixed feeling on campus, with a section of students petitioning for his firing while the other asking him to be reinstated.

Klein said he was ‘confused and hurt’ at the University’s stance, despite being reinstated after less than three weeks.

Anderson tweeted on June 3, a day after Klein responded to the student’s email asking for differential grading for his black peers. “Respect and equality for all are the basic principles of UCLA Anderson. I am very anxious to know this email that we are investigating. We apologize to the students who received it and to all those who were upset and offended by it as well as ourselves,” the tweet said.

Respect and equality for all are core principles at UCLA Anderson. It is deeply disturbing to learn of this email, which we are investigating. We apologize to the student who received it and to all those who have been as upset and offended by it as we are ourselves.

Promoting leniency among students would lower the standards of US universisties: Gordon Klein

Klein said he was left ‘confused and hurt’ – despite being reinstated after less than three weeks. He said he is filing the suit not only to seek damages but also to prove a point. “No employee should ever cower in fear of his employer’s power to silence legitimate points of view, and no society should tolerate government-sponsored autocrats violating constitutional mandates,” he said.

He further added it is not just about the principle but also about the United States’ ability to compete and for elite business schools across the country to train the next generation of innovators and leaders.

“The people who will muster the imagination and fortitude to create life-changing technologies and lead groundbreaking multinationals. If we don’t maintain our standards — if we’re not allowed to push all of our students to do their very best — we will be disarming unilaterally. I refuse to do that, and I’m convinced, this recent episode notwithstanding, that most of my students and colleagues feel the same way,” Klein concluded.