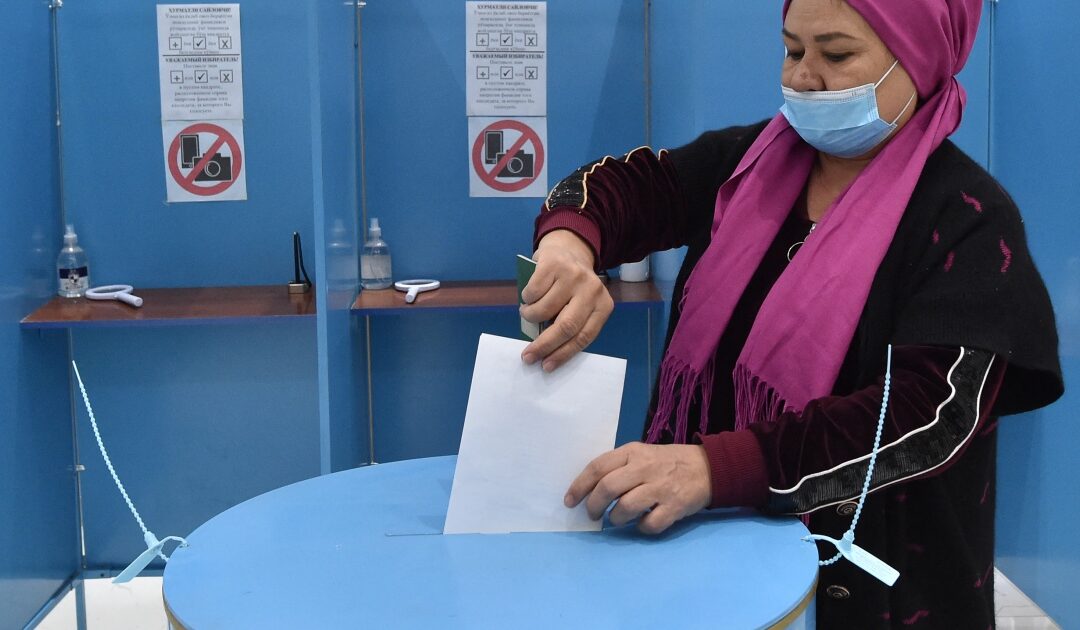 Voters in Uzbekistan are casting their ballots in a presidential election in which incumbent President Shavkat Mirziyoyev faces no genuine opposition and is almost certain to win a second term.

In his bid to secure a second five-year term, Mirziyoyev faces four contenders who are loyal to his government and who were plucked from parties in the rubber-stamp parliament.

A would-be independent challenger, academic Khidirnazar Allakulov, fell at the first hurdle after failing to register a party that could nominate him.

Human Rights Watch said this month that officials “harassed (Allakulov’s) party supporters and interfered in their efforts to collect signatures for registration”.

Mirziyoyev’s predicted victory will allow him to deepen his largely successful reform campaign and likely lead to Uzbekistan opening up further to foreign trade and investment – while retaining a highly centralised political system.

He came to power in 2016 after the death of his mentor, Islam Karimov, who was Uzbekistan’s first post-independence president and had ruled the country for 27 years.

The new leader has been credited for launching what he calls a “New Uzbekistan”, ending a decades-old system of forced labour in cotton fields, where thousands of schoolchildren once toiled alongside their teachers.

He reined in the powerful security services, introduced limited media freedoms and oversaw a release of a number of political prisoners who had ended up behind bars due to Karimov’s zero-tolerance approach towards dissent.

He also presided over an unprecedented boom in foreign tourism and rebuilt the country’s ties with both Russia and the West.

But as his first term ends, the 64 year old is struggling to counter impressions that his government is sliding back towards the habits of his long-reigning predecessor.

The effects of the pandemic have also blunted his initial economic achievements, with unemployment rife amid sharp rises in living costs.

“We expect changes. For instance, salary increases – our salaries are small and we don’t always get them,” said 20-year-old student Urazali Ergashev.

He added that his mother, a teacher, often faced salary delays.

Most Uzbeks interviewed by the AFP news agency in the capital, Tashkent, said they were unconcerned by the lack of real choice on the ballot.

“When things are going well, why do we need so many choices?” asked pensioner Yakub Otazhanov.

“Let Mirziyoyev (get on with it).”

For many in Tashkent, poverty rather than human rights is the issue of the day.

“There are a lot of poor and homeless people. We need to find housing for people,” said a 26-year-old money-changer at the city’s Chorsu market.

The man, who gave his first name, Sardor, said he would vote for Mirziyoyev.

“I hope he will help solve these problems.”

← Black Man Files Lawsuit Against Missouri Police Over 2018 Shooting ← 1581: Fat Albert Vs The Police by The Black Guy Who Tips Podcast