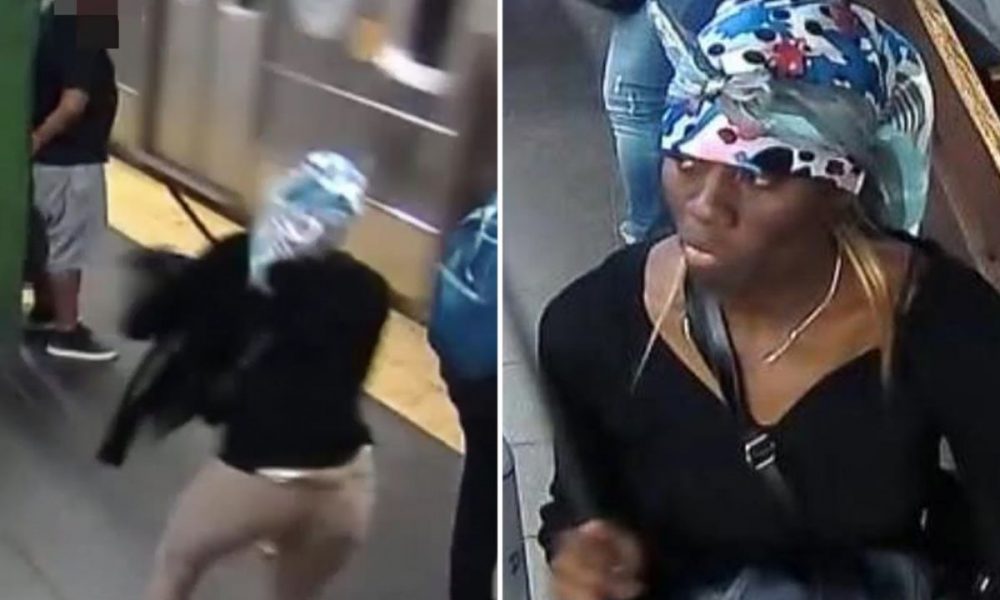 According to the NY Post, the 29-year-old was recorded on camera pushing the 42-year-old victim from behind as a No. 3 train pulled into the station on Monday. The next day, authorities arrested her at the same subway station where she had pushed the victim the day before.

Video appears to show Egegbara sitting in a seat shortly after 8 a.m., possibly timing the push to coincide with the train’s arrival at the station. Authorities say the victim hit with the train’s side but did not fall onto the tracks.

Egegbara was unknown to the victim, and the attack was unprovoked. After her face collided with the train’s side, the straphanger was brought to the hospital with serious injuries to her face and legs. Her condition was reported as stable. Meanwhile, attempted murder charges were added to Egegbara’s already lengthy criminal record, which dated back ten years.

“This unprovoked attack was senseless and absurd,” MTA interim chief communications officer Tim Minton said. “The City needs to provide additional mental health services to assist those who may endanger themselves and others.”

Some speculate that Egegbara’s detention at the same subway stop where she first pushed the female victim could indicate that she was ready to strike again, according to ABC 7 NY.

“It looked malicious,” stated rider Alejandro Dejesus. “That’s scary. That could happen to anybody when you least expect it.”

Authorities say Egegbara has at least seven previous arrests, the last three of which occurred in the subway.

She was arrested for turnstile jumping in September, according to officials. She was detained in July for reportedly scratching a 40-year-old lady in the left cheek after a fight.

On Monday afternoon, a guy shot himself in the leg inside the same subway station, barely hours before this incident.

When traveling the MTA, many subway riders are concerned about their safety.

Your email address will not be published. Required fields are marked *