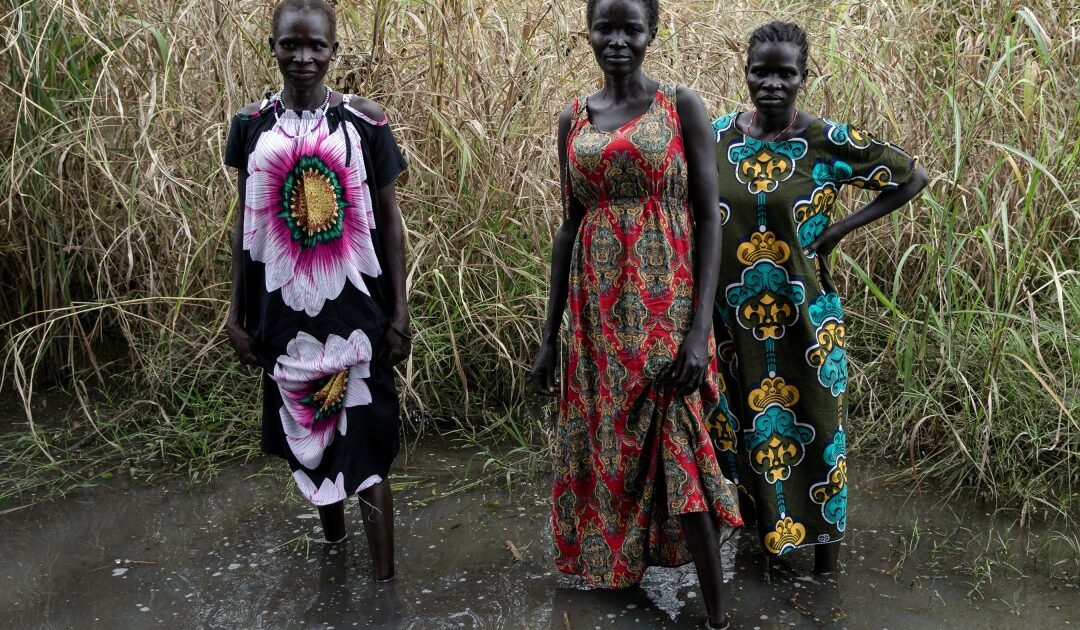 The worst flooding that parts of South Sudan have seen in 60 years now surrounds his home of mud and grass. His field of sorghum, which fed his family, is under water. Surrounding mud dykes have collapsed.

Other people have fled. Only Yel Aguer Deng’s family and a few neighbours remain.

As he empties a fishing net in Northern Bahr el Ghazal state, Daniel Deng, a 50-year-old father of seven, recalls a life of being forced to flee again and again because of insecurity.

“But this one event [the flood] is too much,” he said. “It is the worst thing that happened in my lifetime.”

This is the third straight year of extreme flooding in South Sudan, further imperilling the livelihoods of many of the 11 million people in the world’s youngest country.

A five-year civil war, hunger and corruption challenge the nation, which gained independence from Sudan 10 years ago. Now climate change, which the United Nations has blamed for the flooding, is impossible to ignore.

Faith Kasina, the regional spokesperson for UN High Commissioner for Refugees (UNHCR) in East Africa, said: “As UNHCR we are seeing this as [an] intensive, fine effect of climate change. South Sudan has been very prone to cyclical droughts and floods, sometimes happening at the same time in a year, and this is nothing but just the effects of a change in climate.”

Adesh Tripathee, regional head of disaster and climate crisis for Sub-Saharan Africa at the International Federation of Red Cross and Red Crescent Societies (IFRC), warned that “serious floods” were a problem across the country.

In Northern Bahr el-Ghazal state, the Lol River has burst its banks.

This state is usually spared from extreme flooding that plagues the South Sudanese states of Jonglei and Unity that border the White Nile and the Sudd marshlands. But now, houses and crops have been swamped.

A new report this week coordinated by the World Meteorological Organization warned of increasing such climate shocks to come across much of Africa, the continent that contributes the least to global warming but will suffer from it most.

In these rural communities, shelters of braided grass put up a fragile resistance in a land of seemingly endless water.

In Langic village, Ajou Bol Yel’s family of seven hosted nine neighbours who had lost their homes. The elders sleep outside on beds protected by mosquito nets, while the children share the floor.

In Majak Awar, about 100 families have been displaced twice, in June when homes were flooded and again in August when their shelters were ruined, too.

“I want to leave for Sudan,” whispered Nyibol Arop, a 27-year-old mother of five, as she boiled her morning tea just steps away from the stagnant water that threatens her current shelter.

It is hard to see a stable future when constantly on the move, a lesson learned during the civil war that displaced millions of people before a peace agreement in 2018.

“Floods are not constant. Some people will stay, and some will go,” said Thomas Mapol, a 45-year-old father of nine, as he showed off the destroyed houses of his village near Majak Awar.

“But me, I cannot move anywhere. There is no other place that I know.”