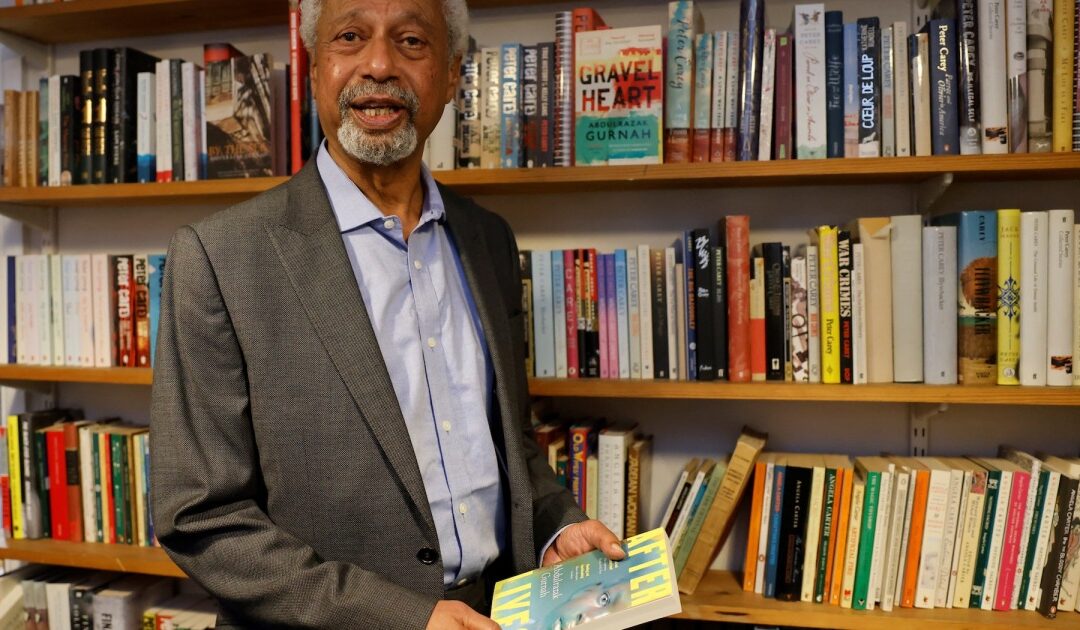 Dar es Salaam, Tanzania – The awarding of the Nobel Prize in literature to Zanzibar-born writer Abdulrazak Gurnah has drawn celebration and sparked lively debate over identity in Tanzania.

Many in the country acknowledge the recognition of Gurnah’s work among the handful of African novelists to have won the prestigious prize, but others question whether Tanzanians can truly claim the England-based writer as their own.

Gurnah, whose body of work includes 10 novels, left Tanzania’s archipelago of Zanzibar as a refugee for United Kingdom in late 1967, three years after a revolution which sought to end the political dominance of the minority Arab population over the African majority. The following months and years were dominated by deep division, tensions and vengeance.

Recounting his story, Gurnah said he managed to get only a one-month tourist visa that allowed him to travel to Britain where he enrolled for A-level studies at a technical college in Canterbury, southeast England.

In its announcement on Thursday, the Swedish Academy said the 73-year-old was honoured “for his uncompromising and compassionate penetration of the effects of colonialism and the fate of the refugee in the gulf between cultures and continents”.

Both the presidents of Tanzania and semi-autonomous Zanzibar were swift in hailing Gurnah’s achievement.

“The prize is an honor to you, our Tanzanian nation and Africa in general,” Tanzanian President Samia Suluhu Hassan tweeted. For his part, Zanzibar leader Hussein Ali Mwinyi said, “We fondly recognise your writings that are centred on discourses related to colonialism. Such landmarks, bring honour not only to us but to all humankind.”

I dedicate this Nobel Prize to Africa and Africans and to all my readers. Thanks! #NobelPrize

Gurnah himself also took to Twitter to “dedicate this Nobel Prize to Africa and Africans and to all my readers”.

In an interview with AFP news agency, the retired University of Kent professor stressed his close ties to Tanzania.

“Yes, my family is still alive, my family still lives there,” he said. “I go there when I can. I’m still connected there … I am from there. In my mind I live there.”

Back home, Gurnah’s award sparked long and passionate online discussions about belonging and identity, invoking – rather unexpectedly – politically charged debates about the union between Zanzibar and the mainland, whose relationship has not always been rosy – even though Zanzibar is semi-autonomous, with its president and parliament, there continues to be aspirations for more independence from the union government.

“The debate about the “Tanzanian” identity of Abdulrazak Gurnah should be an awakening call & a trigger to our government to think of the following: (i)Justice; (ii) Dual Citizenship; (iii)Union matters; (iv) quality education and teaching – how do we do in writing & literature?” tweeted social scientist Aikande Kwayu.

Dual-citizenship has been a long-debated issue, with more and more Tanzanians – especially those in the diaspora – advocating for its implementation. Successive governments have steered clear of it, often citing constitutional restrictions.

“One of the reasons Tanzania can’t allow dual citizenship is the fear that Abdulrazak Gurnah & his grandparents, who fled Zanzibar to escape the persecution of Arabs during the Zanzibar Revolution, would return and claim their stolen assets. And we’re shamelessly celebrating his victory?” Erick Kabendera, a journalist, wrote.

One of the reasons Tanzania can’t allow dual citizenship is fear that Abdulrazak Gurnah & his grandparents, who fled Zanzibar to escape the persecution of Arabs during Zanzibar Revolution, would return & claim their stolen assets. And we’re shamelessly celebrating his victory? https://t.co/4Xwfhj51LY

But others believe his long time spent abroad should not deprive him of his roots.

“Gurnah identifies himself as Tanzanian of Zanzibar origin. Living in diaspora, having been exiled or even feeling dislocated from his country does not take away his heritage and identity. That is part of who he is,” said Ida Hadjivayanis, lecturer of Swahili studies at School of Oriental and African Studies in London.

“There are so many people living in diaspora with children whose nationalities are foreign but who identify as Tanzanian – and so that is the homeland.”

A Zanzibari native herself, Hadjivayanis said she was thrilled beyond words about Gurnah’s win.

“Gurnah is an author who speaks the truth,” she said, describing his work as honest. “Their (characters in the books) experiences are familiar, their link to home (Tanzania and especially Zanzibar) often hits a chord.”

Hadjivayanis first read Gurnah’s work in 2003, and is currently translating his 1994 novel Paradise into Swahili. Pointing out that many in Tanzania are yet to read this writer’s books, she called on the government to include his works in the school curriculum.

Mkuki Bgoya, director of one of Tanzania’s biggest independent publishers, agreed that Gurnah is not a household name in Tanzania. He recalled a situation in the past where his books took a long time to be sold, something which he expects to change quickly in the wake of the Nobel prize win.

He said the reason could be the writing language used in the books, but also a generally poor reading culture in Tanzania. But following the award, Bogoya said he believed not only local fictional writers would be inspired to create more, but it would also instigate more interest in reading novels among local readers.

“The book industry in Tanzania is dominated by textbooks and the majority of publishers focus on textbooks. This leaves a very small space for other genres such as poetry, novels and short stories,” he added.

“Now, we’ve paid a lot of attention to this award and we are having passionate conversations about it – the significance of this work is that it validates fiction work, particularly of Tanzanians or Tanzanian inspired issues.”