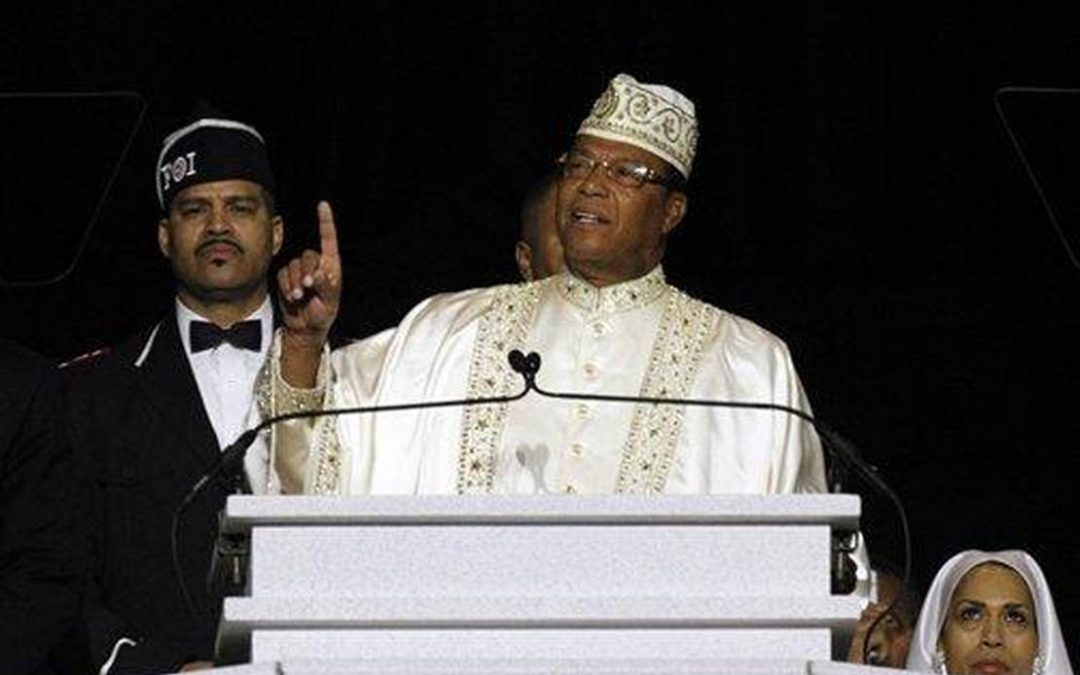 Those rascally Jews are at it again! If they aren’t trying to control the media, they are busy turning black men gay.

According to professor Wesley Muhammad of San Francisco State University (SFSU), genius Jews are “effeminizing” pot to turn black men gay, and there is only one man and one group who can keep all the black lads from becoming light in the loafers.

“It is Jewish genius that has helped to weaponize the weed so that it may effeminize the black male of America. And be clear, it is Farrakhan and the Nation of Islam that is standing in between the total demasculinization of the black man in America,” Muhammad boldly and unscientifically declared.

Muhammad, who is also a member of the Nation of Islam, isn’t kidding–and he isn’t alone. Many members believe smoking the Chosen weed leads straight black men to the sapphic side.

I must be lucky. I’ve smoked the devil’s lettuce a few times and it made me hungry, but not for men. Perhaps I wasn’t smoking Hebrew herb.

If you haven’t guessed yet, Muhammad is pro-black men and anti-Jewish. Muhammed was all set to give a lecture called “How to Make a Homosexual: The Scientific Assault on Black America” at the Black Beauty Expo in Philly a few years back, but it was canceled because some found it “hateful.” If you think that lecture is nasty, his book is called Understanding the Assault on the Black Man, Black Manhood and Black Masculinity, and there is a chapter called “Why Saggin is Faggin.”

Muhammad also had a role in a Tariq Nasheed documentary that blames former white slave owners for turning black men gay. Jews and slavery are turning all the black men into bromosexuals. And that’s from a college professor.

Jewish students from SFSU filed a lawsuit in 2017 claiming SFSU has “not merely fostered and embraced anti-Jewish hostility, it has systematically supported these departments and student groups as they have doggedly organized their efforts to target, threaten, and intimidate Jewish students on campus and deprive them of their civil rights and their ability to feel safe and secure as they pursue their education.”

Judge William Orrick,  a San Francisco native who was nominated by Obama, dismissed the case. He also fined an undercover journalist $16 million for showing the world that Planned Parenthood sells body parts of aborted children. That case might cost him though, as he is one of 131 judges who didn’t recuse themselves from a case where the judge had an interest in the case, usually financial.