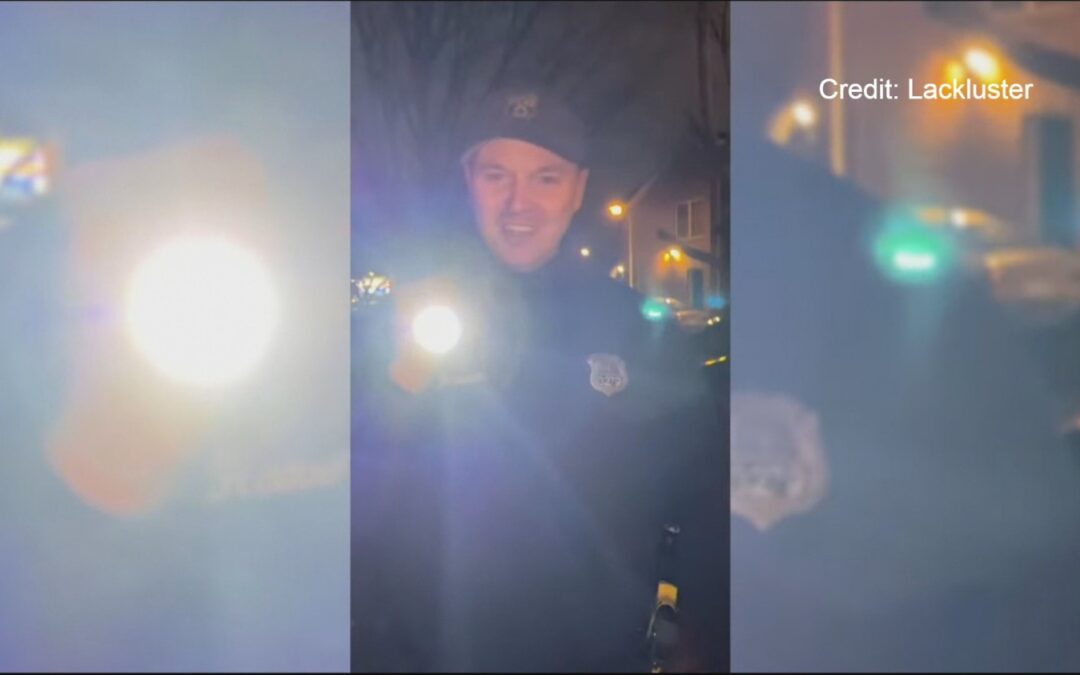 The six-plus minute video posted on YouTube by a group called Lackluster shows the incident play out.

Lackluster identifies the man recording as Gabriel and the officer as “Officer Hoover.”

The video appears to show Gabriel walking home and being followed by Officer Hoover, shining a flashlight in Gabriel’s face and saying “look at me and my homie” as Gabriel records the interaction.

“Shut your mouth, boy. You don’t live down here,” the officer is later seen saying as the confrontation continues.

“Can you please call the sergeant?” Gabriel repeatedly asks as the officer continues to follow him.

The two continue to walk down the road and trade insults.

Gabriel tells the officer he is walking to a family member’s house where he will call an Uber home.

The video ends with Gabriel being placed under arrest. Lackluster says he was cited for disorderly conduct and possessing a small amount of marijuana.

The video has gone viral on social media and has many calling for Officer Hoover’s firing. PPD addressed the video in a tweet Tuesday.

We understand the video circulating has caused anger and disappointment. All PPD officers are expected to discharge their duties with honor and integrity. The officer involved has been placed on administrative duty pending the outcome of an Internal Affairs investigation.

“We understand the video circulating has caused anger and disappointment. All PPD officers are expected to discharge their duties with honor and integrity,” the tweet reads.

CBS3 has reached out to the Fraternal Order of Police for a response to the video, but they declined to comment.