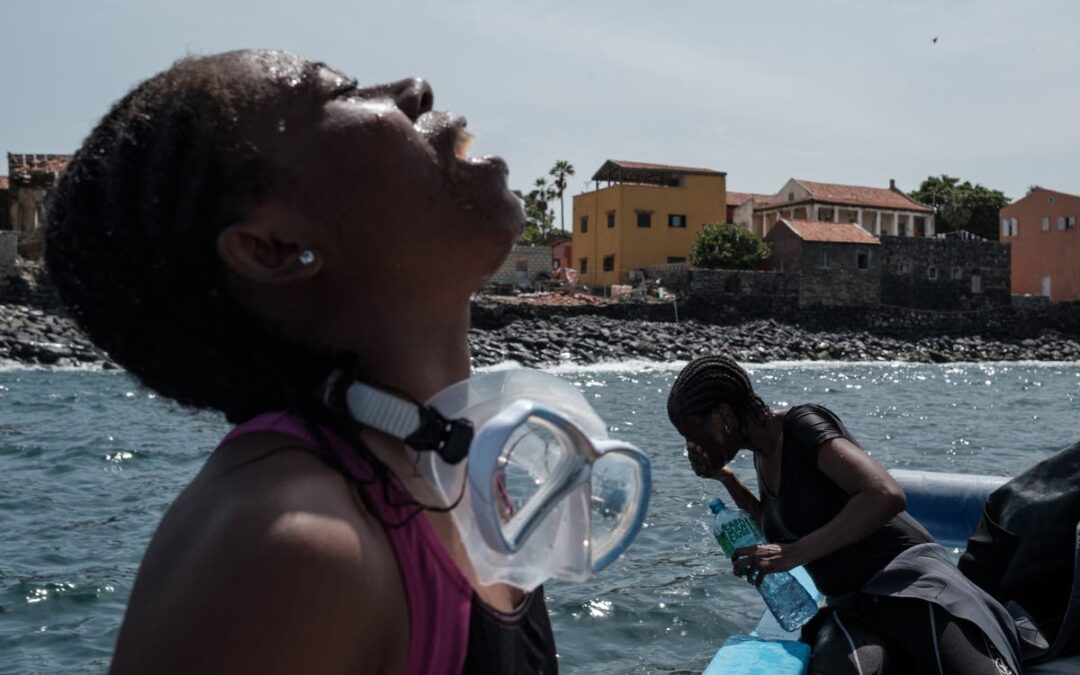 The scuba divers march through the cobblestone streets of one of the world’s most infamous former slave ports, carrying tape measures, clipboards and fins.

There is a Senegalese police officer who’d learned to dive the month before, a more seasoned diver from Benin, the only doctoral student studying maritime archaeology in Ivory Coast. They are all headed to the ocean, on a mission.

The team, walking toward its final dive, have been exploring what researchers believe are the wrecks of slave ships, as part of an inaugural programme supported by the Smithsonian Institution in Washington. For the Smithsonian, the effort this autumn follows moves in recent years to address its complicated history with racism and exploitation. For the divers, it marks an opportunity to pursue maritime archaeology focused not on treasure but understanding.

“What we have so far is the settlers’ narrative,” says Grace Grodje, the doctoral student studying maritime archaeology in Ivory Coast, another West African nation that was a major hub in the slave trade. “There is a lot of information underwater that is not yet known. If we don’t search, we will not know it.”

As their speedboat cuts through the choppy waves of the Atlantic Ocean on a sunny October morning, Grodje, 26, shrugs into a slightly too-large wetsuit and slips her goggles over her head. She had learned to dive only the month before.

Sitting at the back of the boat, Grodje straps her tank to her back, places her respirator in her mouth and pushes off the boat’s edge, tumbling into the water below. Grasping the anchor line, she joins Gabrielle Miller, 30, the archaeologist for the Smithsonian’s National Museum of African American History and Culture.

Miller gives a thumbs down, the symbol to descend, and Grodje and the other students deflate their vests. Their bodies sink into the water, toward the wreck below.

Déthié Faye, one of the students who took part in the archaeological dives

Underwater, Grodje and Miller peer through their goggles at a rusted chain on the ocean floor, about 30ft below the surface. Holding a clipboard, Grodje scrawls down measurements as Miller works the tape measure. Nearby was a deeply rusted anchor. Floating past were plastic bags and a clump of discarded fabric.

When Grodje starts to drift toward the surface, carried by a slight current, Miller offers a steadying hand.

Their goal that morning was to gather measurements that students would then map in the classroom.

Increasingly, the Smithsonian has revamped its policies to address historical wrongs. This year, for instance, it returned 29 bronze sculptures that British soldiers stole from the Kingdom of Benin

Miller and Marc-Andre Bernier, an underwater archaeologist from Canada who is leading the course, say the sunken ship was discovered in 1988 and probably wrecked in the early 1800s. They say researchers don’t know for sure that it carried enslaved people, although many of the ships coming from Gorée in that period did.

As people collect more information about the ship, they say, its origins could become clearer. A few weeks before, Miller, Bernier and Madicke Gueye, a doctoral candidate whose research focuses on wrecks around Senegal’s capital, Dakar, had located another ship likely tied to the slave trade – this one about 50ft below water. The advanced diving students had documented it.

Paul Gardullo, director of the Centre for the Study of Global Slavery at the National Museum of African American History and Culture, says the increasing study of slave ships – more than 1,000 are thought to have wrecked – will inevitably reveal important historical insights.

But the goal is “not about finding treasures and bringing them back to DC,” Gardullo says. Increasingly, the Smithsonian has revamped its policies to address historical wrongs. This year, for instance, it returned 29 bronze sculptures that British soldiers stole from the Kingdom of Benin. The priorities of the programme in Dakar, Gardullo says, are things that museums have historically given short shrift: community engagement, international partnership, ethical excavation.

“Metaphorically and literally,” he says, “the search is the success.”

Through its Slave Wrecks Project, the Smithsonian, along with partners including George Washington University, has teamed up with Ibrahima Thiaw, a Senegalese archaeologist at Cheikh Anta Diop University, for its work in Senegal. The new programme, dubbed the “Slave Wrecks Project Academy,” brought together Africans and people of African descent to study the basics of maritime archaeology, both at sea and in the classroom.

Miller says the goal was to begin to decolonise the historically white area of study. In the United States and Britain, surveys show that fewer than 1 per cent of professional archaeologists are Black. Miller, a Black woman, says the number of Black maritime archaeologists is even smaller.

Her own doctoral work has focused on resistance by slaves and freed Black residents on the Caribbean island of St Croix – where she traces some of her familial roots – and using archaeology to dispel common myths. When the work is done by people touched by the history, she says, it often becomes less about extraction than preservation and memory.

Waving a red, yellow and green Senegalese flag over his head, Pierre Antoine Sambou smiles and shuffles to the docked boat as his fellow divers cheer.

Sambou, a 31-year-old with a master’s degree in underwater archaeology, had brought the flag for a photo shoot, proudly waving it above his head. His excitement is infectious, and the other students begin chanting: “Go Senegal, go! Go, go, go!”

Sambou says parts of Africa’s history – including the scope and impact of the transatlantic slave trade – have been overlooked or ignored within Africa for too long. Even stories about Gorée, a tiny island off Dakar long said to be a transit point for millions of enslaved people, have in recent decades been undermined with questions about whether its role was overstated. Sambou says that the work to correct and complete the historical record is just beginning and that much of it could happen underwater.

But diving is still new to many here, and he says that when he started, he decided not to tell his family. He didn’t want to be discouraged.

On the days they weren’t diving, students worked in a classroom to plot their collected data on maps

On both sides of the Atlantic, Miller says, Black people often have a complicated relationship with water. During the slave trade, they were taken from the areas bordering rivers and coasts on which they’d relied for their living. Today, redlining and environmental racism have often left Black communities with insufficient or polluted water.

“For us, the water has trauma embedded in it,” she says.

But the water can also offer healing, Miller says. Bringing together students – some of whom barely knew how to swim at first – to explore their history with the water felt so right, she says.

One evening, after a long day of diving, Miller saw Sambou on the dock with Déthié Faye, whose studies have focused on fisheries, and Angelo Ayedoun, a diver from Benin. Sambou slapped his fins against the ocean’s gentle waves as Faye clapped his hands, making a steady beat. Standing next to them, Ayedoun waved his hands and swivelled his hips, dancing as if to a hit song. All three were grinning.

The sight of Black men having so much fun in the water brought Miller such a jolt of joy that her eyes filled with tears.