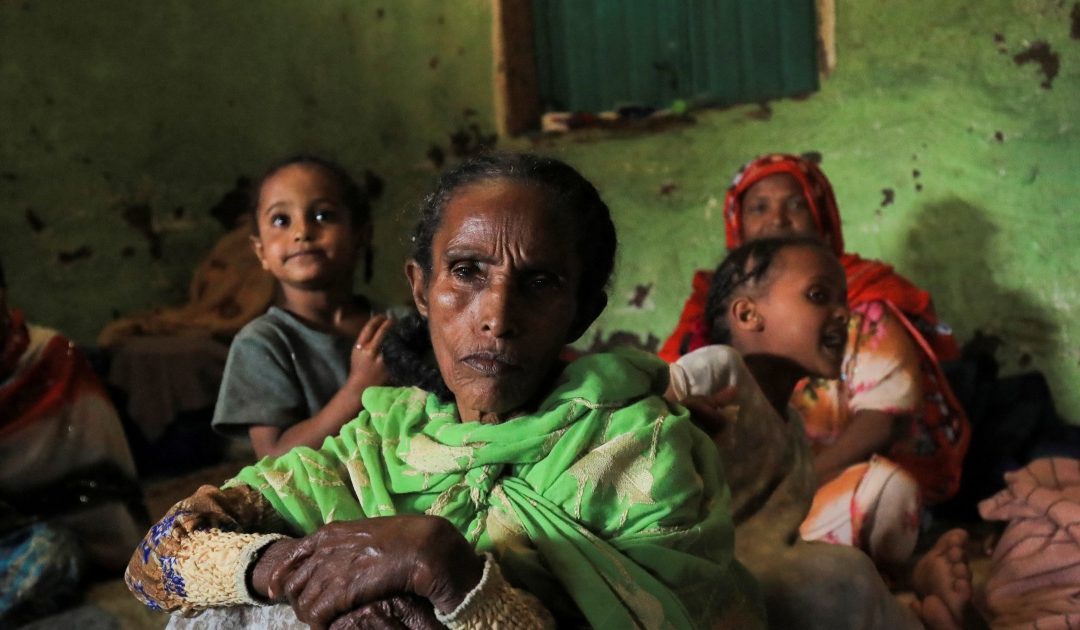 Tigrayan rebels raped, robbed and beat several women during an attack on a town in Ethiopia’s Amhara region, Amnesty International has found, amid mounting evidence of brutal violence committed during the year-long conflict.

According to an investigation released on Wednesday by the human rights watchdog, 14 of the 16 women interviewed from the town of Nefas Meewcha said they had been gang-raped in August, during an offensive by the Tigray People’s Liberation Front (TPLF).

“They defy morality or any iota of humanity.”

Fifteen of the 16 rape survivors interviewed described suffering physical and mental health problems as a result of the attacks, including back pain, bloody urine, difficulty walking, anxiety and depression.

“Three of them raped me while my children were crying. My elder son is 10 and the other is nine years, they were crying when [the TPLF fighters] raped me,” she said.

“They slapped me [and] kicked me. They were cocking their guns as if they are going to shoot me.”

The victims reported being insulted and referred to using degrading ethnic slurs.

Meskerem, 30, who belongs to the Amhara Semitic-speaking ethnic group, told Amnesty International that three TPLF fighters raped her and beat her with the butts of their guns.

“They were insulting me, calling me ‘donkey Amhara, you are strong, you can carry much more than this.’ I was unconscious for more than an hour,” she said.

The number of women who have been sexually assaulted is likely to be much higher. According to a local government desk officer for Women, Children and Youth Affairs, 71 women reported having been raped by TPLF fighters during the period in question, while the Federal Ministry of Justice puts the number at 73.

The findings follow a UN investigation into alleged atrocities in Ethiopia that found all sides committed grave abuses that may amount to crimes against humanity and war crimes.

An earlier report by Amnesty International released in August also found troops fighting in support of the federal government to have committed widespread rape against women and girls.

Human Rights Watch on Wednesday said the government’s “effective siege” of Tigray is preventing victims of rape committed by warring parties from getting access to health care.

“The government’s effective siege of Tigray since June is doubly victimising survivors” by denying them critical medical and psychological care, the organisation said in a report.

Meanwhile, diplomatic efforts on the part of two envoys, one from the African Union and another from the US, continued this week amid growing calls for an immediate ceasefire and talks.

Olusegun Obasanjo, the African Union envoy for the Horn of Africa, said he will have a plan by the end of the week for negotiations. His first priority will be opening a humanitarian corridor in Tigray – home to six million people.

Al Jazeera’s Mohammed Adow, reporting from Addis Ababa, said peace efforts are “still a work in progress” but they aim to at least create the conditions to deliver humanitarian aid to more than 400,000 people in the Tigray region who are suffering from famine.

Concerns over ethnically motivated arrests and violence have also been mounting in Ethiopia. The head of the state-appointed Ethiopian Human Rights Commission said on Tuesday they had received hundreds of reports of Tigrayans being arrested in the capital.

More than 70 drivers working with the United Nations were arrested on Wednesday, a day after 16 of its Ethiopian staff were detained in the country’s capital, Addis Ababa.

The ethnicity of the drivers was not clear.

Police have denied making ethnically motivated arrests, saying they are only targeting supporters of the rebellious Tigrayan forces fighting the central government.