Vaccination hesitancy among Blacks based on mistrust of an unjust system 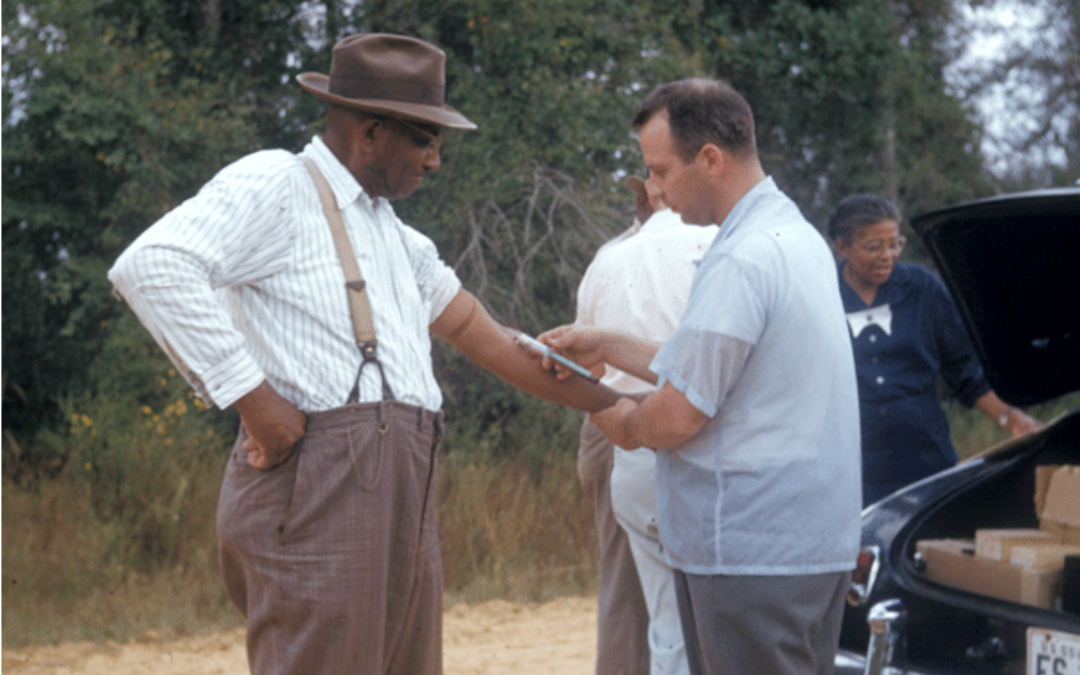 An Oakland humanities teacher, Craig Donaldson, says his high school students agree on few things so much as their staunch opposition to getting the “jab.” The broad consensus among his mostly African American students—there is a smattering of Latinos and Arabs but no Whites—is to just say “no” when it comes to any of the COVID-19 vaccines on the market.

“The reason is that they just don’t trust the government at all,” said Donaldson, a 52-year-old African American who asked that his real name not be used because he is concerned about retaliation from school administrators. “And they don’t trust big institutions like the medical establishment.

“They think there may be some kind of plan afoot,” said Donaldson. “I am not saying that there is a deep analysis or anything, but a general instinctual mistrust of the system and its intentions towards Black people.”

While he has himself been vaccinated, Donaldson concedes that he shares some of his students’ misgivings. “My girlfriend hassles me about getting [vaccinated],” Donaldson said. “She’s Afrocentric and highly suspicious of Western medicine and into [homeopathic remedies]. Like my students, she believes that there is something more nefarious involved [with the vaccines].”

Donaldson, his girlfriend and his students are hardly outliers in the African American community, but rather representative of a Black body politic that has little faith in White Americans, their institutions, or their medicine. Along with Latinos, Blacks remain the most unvaccinated demographic in the U.S.

According to data compiled by the Kaiser Family Foundation, 72% of American adults have received at least one vaccination dose as of August 16. The racial classifications are known for 58% of those vaccinated, of whom 58 percent are White and 10 percent are Black.

With the Delta variant raging, particularly among the unvaccinated, health care professionals are redoubling their efforts to assuage Black fears about the vaccines. “We know that the vaccine is safe,” said Dr. Michele Benoit-Wilson, an ob-gyn with WakeMed Health in Raleigh, North Carolina, who said she encourages her patients to get vaccinated almost daily.

“There has been no increased risk of miscarriage that has been seen in women who have gotten vaccinated prior to pregnancy or in early pregnancy,” said Benoit-Wilson. “The solution has got to be vaccinating all of us and getting the message out that the vaccine is very safe.”

That does not, however, mean gas-lighting African Americans’ concerns or dismissing them as paranoid, said Dr. Rachel Villanueva, clinical assistant professor of obstetrics and gynecology at New York University’s Grossman School of Medicine. She is president of the National Medical Association, the Black equivalent of the American Medical Association.

History is replete with examples of White physicians brutalizing African Americans rather than healing them, including, most famously, the Tuskegee experiment in which 400 Black sharecroppers were treated with placebos for syphilis rather than the commonly accepted treatment, penicillin. Less well known are the abuses committed by the “father of gynecology,” a 19th century gynecologist named J. Marion Sims who experimented on enslaved women without the benefit of anesthesia.

In 1931, another White doctor, Cornelius Rhoads, studying anemia in Puerto Rico, wrote a letter to a colleague boasting that he had deliberately killed eight patients. Twenty years later, a 31-year old African American mother of five, Henrietta Lacks, complained of vaginal bleeding to doctors at Baltimore’s Johns Hopkins Hospital. Without her consent, doctors donated some of the cancerous tissue collected from Lacks’ cervix to medical researchers.

Ironically, Lacks’ cell line—known as the workhorse of modern biological research—was most recently used in the development of vaccines against COVID-19.

And last year, a 52-year-old African American doctor, Susan Moore, died of COVID-19 after complaining of frustrating exchanges with a White hospitalist at the Indiana University Health system. In one Facebook post shortly before she died, she described the doctor’s refusal to prescribe pain medication for her severe neck pain.

“I was crushed,” a tearful Moore said. “He made me feel like I was a drug addict. And he knew I was a physician. I don’t take narcotics. I was hurting.”

“Our community has deep mistrust of the medical system, and with good reason,” Dr. Villanueva told the MSR. “Blacks are hesitant because they lack confidence in the vaccine. That is understandable. But we think it’s so important to educate and advocate for patients to get vaccinated… It’s important to keep in mind that this isn’t just a Black vaccine; White individuals are getting vaccinated too.”

Across social media channels, Black activists urge Americans to strengthen their immune systems naturally and question why other countries have had success in treating the spread of COVID-19 using traditional medicines or drugs such as Ivermectin. One African American activist in the New York area, Lisa Davis, wrote on Facebook recently:

“It just goes back to my initial premise…that the principles of White Supremacy are deeply embedded in Eurocentric medicine as what is deemed ‘science’ does not acknowledge or even recognize any culture that is not White! But it steals from them.”

The Oakland school teacher, Donaldson, said that unlike many Whites his students are not necessarily averse to wearing masks, suggesting that they aren’t skeptical of the disease itself, but the treatment. “There is such an overall assault on Blackness that we really do have good reason to be anxious about what White people are up to.”

The post Vaccination hesitancy among Blacks based on mistrust of an unjust system appeared first on Black News.