3 Survival Strategies for Slaves in the Upper South 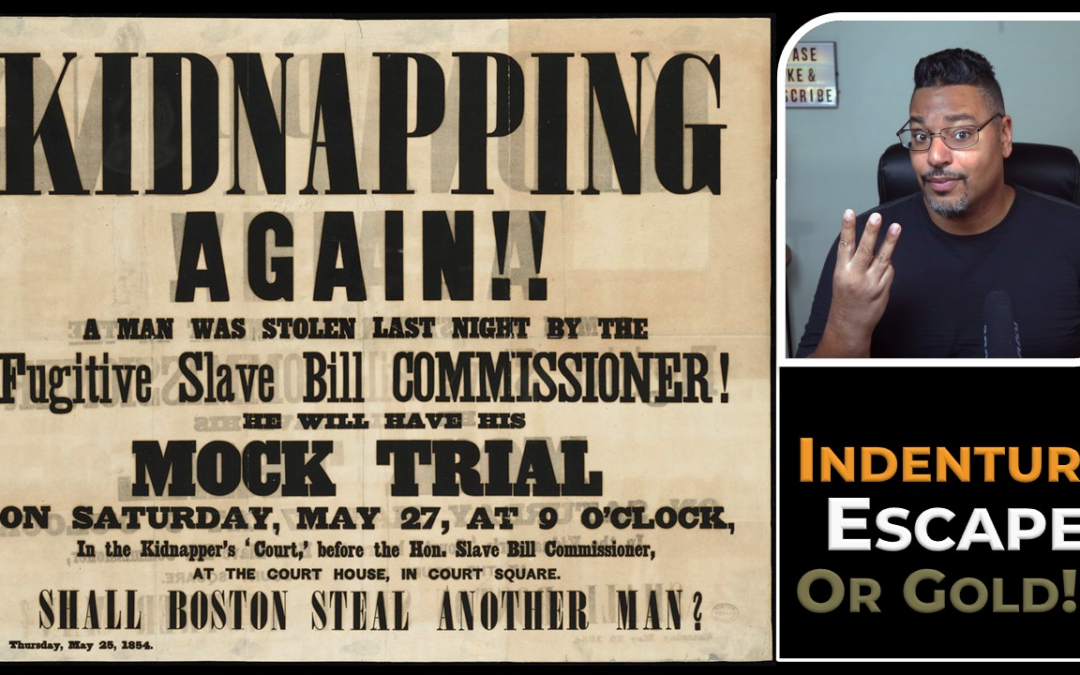 Join our wonderful Patreon supporters and access ad-free videos for as little as a dollar a month.

Slavery in the Upper South

Slavery in the Upper South differed from the Deep South which focused primarily on cotton production. The Upper South’s economy was based primarily on small-scale farming. In the Upper South, white farmers represented most slave owners, but owned relatively few slaves. According to the U.S. Census, from 1830 to 1860, the percentage of Southern whites who owned slaves dropped dramatically from 36% to 4.7%. (Hine 128) Even so, the population of slaves rose steadily amongst increasingly fewer slaveholders. By the mid-19th century, cotton grew to become the mainstay of the US economy, accounting for 58% of all US exports by 1860. Meanwhile, slaveholders in the Upper South found slavery increasingly less econically viable. For small-scale farmers in the Upper South, the cost of feeding, clothing, and housing a year-round enslaved workforce became increasingly less profitable.

Driven largely by the cotton boom spurred by Eli Whitney’s invention of the cotton gin in 1793, the population of slaves in the Deep South expanded. Meanwhil, slavery was thinning out in the Upper South. There, the trend amongst slaveholders was divestment from slavery. First, however, slaveowners sought to wring out every last bit of profit from the enslaved Blacks they held in bondage. They did so in three primary ways. First, by hiring their slaves out. Second, by trafficking them to the Deep South through the domestic interregional Slave Trade. Third, slaveowners of the Upper South profitted by bringing enslaved Blacks to the goldfields of California. 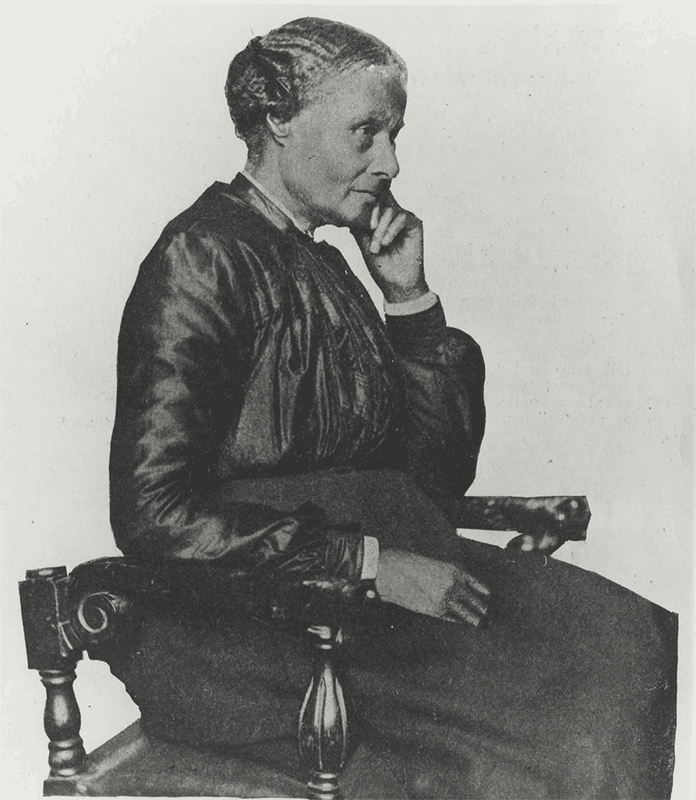 Small-scale slaveowners in the Upper South often chose to hire out their slaves for a set ​period (usually seven years) and then be set free. Typically, the arrangement allowed enslaved Blacks to work for wages while the slaveowner collected a portion of their earnings. Such situations allowed the slaveowner to profit from the slave’s labor. They did so, however, without the accompanying burden of providing room and board. Prominent examples include people such as Mary Ellen Pleasant. Pleasant’s remarkable story touches on all three dynamics that shaped life in the Upper South I discuss here.

Born a slave, Pleasant was bonded out to a Quaker family in Nantucket, Virginia, and freed after seven years of indenture. In Virginia, she became an operative on the Underground Railroad. This dangerous occupation ultimately forced her to flee West. Arriving in California in 1852, she amassed a multimillion-dollar fortune and became a powerful political force in San Francisco.

The Underground Railroad was active in the Border States of Maryland, Delaware, Kentucky, Missouri, and Virginia. As such, slaveowners in states bordering the free territories were incentivized to manumit their slaves, setting them free after a term of indenture. Doing so allowed them to both ensure profits and circumvent the risk of their slaves going fugitive. For this reason, manumission was a growing trend in the Upper South.

The Underground Railroad helped enslaved Blacks escape through a network of safehouses from the Upper South to free communities in the northern states and Canada. Even before the Fugitive Slave Act of 1850, escape through the Underground Railroad was a dangerous undertaking. As part of the Compromise of 1850, Congress passed the Fugitive Slave Act, which required that runaway slaves be returned to slaveowners. Additionally, the law imposed heavy penalties on persons who aided in their escape.

Escape via the Underground Railroad carried enormous risks. Unless they reached Canada, runaway slaves lived with the constant threat of capture and re-enslavement. Whippings, maimings, torture, and sometimes death awaited them upon return. Slave catchers seeking rewards of hundreds of dollars were in constant pursuit. Because of the danger, for many the prospect of enduring seven years of indenture in exchange for an assurance of freedom papers was preferable to a lifetime as a fugitive slave immediate escape offered. The domestic internal slave trade and the threat of sale to the growing plantations of the Deep South prompted many enslaved Blacks to risk of escape.

After Congress banned the international slave trade in 1808, by the mid-19th century the Domestic Inter-Regional Slave Trade, slave trade grew. Between 1830 and 1860, an estimated 50% of the slaves from the Upper South were trafficked to the plantations of the Deep South to feed the expanding cotton industry. (Spearman 73-75) Many enslaved Blacks saw the dangerous life of a fugitive slave preferable to the dreaded fate of being sold to a cotton plantation in the Deep South. As with Harriet Tubman, it was often the imminent threat of family separation through the domestic slave trade that pushed enslaved Blacks to face the danger of escape on the Underground Railroad. California’s admission into the Union in 1850, though, introduced a game-changing dynamic for African Americans in the Upper South. 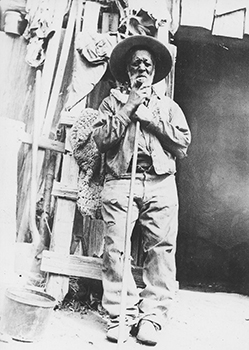 California’s admission to the Union , which accompanied the Compromise of 1850, brought both danger and opportunity. The danger came in the form of the Fugitive Slave Act discussed above. The Fugitive Slave Act, however, was part of a compromise that allowed California’s admission as a free state. The California state constitution, which forbade slavery was anything but a moral statement. The increasing slaveowning monopoly shaped their attitudes about slavery  in California. By 1849 when the California Constitutional Convention met, the trend toward slavery as an institution in which enslaved Blacks were concentrated into the hands of the increasingly fewer slaveholding elite was well underway. Henry Amos Tefft, one of the delegates to the convention, bluntly stated his fear that slavery in California “… would become a monopoly of the worst character. The profits of the mines would go into the pockets of single individuals.” (Browne 144)

Simultaneously, the trend toward emancipation in the Upper South after having extracted every bit of profit from their slaves was a chief concern. California’s goldfields provided an even better opportunity for profit than selling enslaved Blacks “down the river.” One of the delegates succinctly stated that concern during the convention debates:

“Suppose you pay seven hundred dollars to get a slave here, and set him free, on condition that he shall serve you for one year. He produces, according to the ordinary rates in the mines, from two to six thousand dollars. There are many of our Southern friends who would be glad to set their negroes free and bring them here, if they produced only half of that amount. When the terms of the contract have expired what would these slaves do? They would become a burden on the community.” (Browne 138)

Despite their concerns, it’s clear that many African Americans took advantage of the opportunity to secure freedom in California. In Sonoma County, for example, Samuel Shattuck was issued his free papers in 1852

…in consideration of the meritorious services of Sam (a man of Color and formerly a slave owned by me in the State of Louisiana), and for the further consideration of his having served me two years in California, as per agreement, I have emancipated…and forever set free him the said Sam to be known hereafter as Samuel Shattuck and by that name to act for himself, and enjoy the benefit of his own contracts and labour in every respect as any other free man. (LeBaron 38)

James Lynch, came to California with a regiment of New York volunteers in 1847. He left a poignant account of one of those freedoms seekers named Jackson, who he encountered in Sacramento:

In looking for a place to stay, we went into a hotel called the White House, and were greeted by our old friend Jackson, who ran the Frisbie Hotel in Sonoma. Jackson was a Negro with a good deal of white blood in his veins and was a celebrated caterer in his day…Jackson was married, but his wife was still a slave in Virginia, and it was his whole ambition to make enough money to buy her freedom. He would often take out her picture and show it to me; she too had a considerable mixture of white blood, and was quite good-looking. When I saw Jackson in Sacramento, he told me that he now had enough money to secure her freedom, and would soon have her with him in California. (Lynch 33)

All told, California Blacks paid an estimated $750,000 to purchase their freedom for themselves and their families. (Lapp 74)

This article explored three dynamics that shaped African American survival in the Upper South. First, the relative lack of profits for slaveowners in the Upper South. Second, the domestic slave trade. Third was the opening of California. Enslaved Blacks adjusted their survival strategies accordingly. They either worked a term of indenture, escaped, or headed out West to California. There, many secured freedom for themselves and their families.