Often used interchangeably, “freedom” and “rights” are critical ingredients in the exercise of power. The problem is that there is no universally agreed-upon definition as to what “freedom” means. Nevertheless, how we define freedom is critically important in framing the limits of power. Historically, African Americans have fundamentally differed from white people in the definition and the limits of freedom in the United States. What is to prevent Black people as a collective group from exercising power? How do the opposing ways in which we define freedom impact the political experience of Black people in the United States? This essay explores the notion of “freedom” and why it’s been such an elusive thing for Black Americans to obtain.

The crux of the problem is evident at the very founding of the United States. Many who sought freedom from British rule in 1776 were themselves, slave owners. In the wake of the Boston Tea Party, the British Government tightened its colonial grip on its American possessions. With the passage of the “intolerable acts,” a powerful Virginia planter and slave owner named George Mason wrote, “though we are [British] subjects, we will use every means which Heaven hath given us to prevent our becoming its slaves.” (Wilkins 39) With no sense of irony, Mason asserted his freedom to enslave others while simultaneously asserting a limitation on the right of the British Government to enslave him. In doing so, he drew a firm line demarcating freedom between Black and white.

Nearly a century later, noted abolitionist Frederick Douglass highlighted that line of demarcation when he asked at an Independence Day celebration keynote address, “What to the Slave is the Fourth of July?” 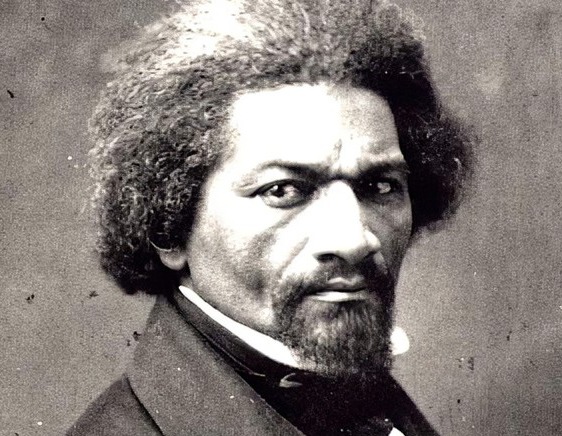 I say it with a sad sense of the disparity between us. I am not included within the pale of this glorious anniversary! Your high independence only reveals the immeasurable distance between us. The blessings in which you, this day, rejoice, are not enjoyed in common. — The rich inheritance of justice, liberty, prosperity and independence, bequeathed by your fathers, is shared by you, not by me. The sunlight that brought life and healing to you, has brought stripes and death to me. This Fourth [of] July is yours, not mine. You may rejoice, I must mourn. To drag a man in fetters into the grand illuminated temple of liberty, and call upon him to join you in joyous anthems, were inhuman mockery and sacrilegious irony. Do you mean, citizens, to mock me, by asking me to speak to-day? (Foner 188-206)

The disparity Frederick Douglass points out highlights the fundamental ways the independence movement defined freedom differently from those whose freedoms they disregarded (African Americans, Native Americans, women, and non-property owning poor whites). That disconnect has its roots in the Era of Enlightenment.

The Freedom to Enslave

According to John Locke, these unalienable rights are endowed to all men by their Creator or God. That is the definition that the framers embraced. The introduction of property reconciled the contradiction inherent in Thomas Jefferson’s assertion that all men are created equal while holding hundreds of Africans in bondage.

In other words, if God has endowed men with the freedom to pursue life, liberty, and property, by that reasoning, Thomas Jefferson’s pursuit of human property is a freedom that was bestowed upon him by God. As such, Jefferson defined natural rights as the individual freedom to do what one desires — including the right to enslave other people. In an odd circular relationship, freedom carries with it the pursuit of property, property is a qualification for citizenship, and citizenship, in turn, bestows freedom. Framing freedom, citizenship, and property in this way excluded Blacks from consideration for United States citizenship because Blacks not only did not own property, Blacks WERE, in fact, property. (Wilkins 30)

In contrast with the individualized freedom embedded in the notion of natural rights, Black people have historically emphasized collective freedom or collective deliverance. Collective freedom seeks group liberation from external control, be it the institution of slavery, or oppression. In pursuit of collective deliverance, Black people have sought to expand freedom to the broadest extent possible. Embracing a universal definition of freedom contradicts the individual freedom that the American Revolutionaries envisioned. That is why Harriet Tubman, who gained freedom by escaping to the North returned to the South, risking her own freedom 19 times by guiding scores of fugitive slaves North via the Underground Railroad. It is also the reason why Denmark Vesey — a free Black man in South Carolina — led a slave revolt in 1822.

On the contemporary stage, the notion of natural rights conflicts with collective deliverance in the ongoing debate over the role of policing. On one hand, there is a view that the police function to protect individual property overrides all concerns. In contrast, movements such as the International People’s Democratic Uhuru Movement (InPDUM) seek collective liberation from police violence as a central concern.

In recent years, “defund the police” has become popular. However, without the anticolonial demand of BCCP, defunding the police is simply an austerity measure that actually helps maintain the power of the colonial state. We can see this in places like Stockton, where the police department was downsized as a means to sustain the local government and balance the city’s budget. As well, in Compton, the corrupt Compton City Police Department was disbanded. It was replaced by the even more corrupt LA Sheriff’s Department.

The solution BCCP struggles towards is power placed into the hands of the African Community, not for nicer kinder police. Black Community Control gives the right to hire, fire and discipline the police to Black communities. It gives the Black Community the power to determine its own safety.

Often used, but rarely defined, “freedom,” and how one defines it has profound implications on the limitations of power. The contradictory meanings the Black and white communities have applied to the term has led to conflicting visions of freedom in America and to whom it may be applied. What are some other ways in which natural rights and collective freedom continue to be at odds in contemporary society? Can there ever be reconciliation between the conflicting visions?