Social movements have not always done the best job incorporating people who face multiple layers of oppression. That applies to Black women and people of lesbian, gay, bisexual, transgender, queer, intersex, and asexual identities in both the Civil Rights and feminist movement. The same is true of people of color in the LGBT+ movement. This article will explore how Huey Newton and the Black Panther Party proposed a Revolutionary Black Nationalist position that sought to unite oppressed people.

Throughout history, the impact of intersectionality has limited the effectiveness of social movements. Intersectionality refers to the idea that multiple forms of oppression (such as race, gender, class, sexuality, ability, religion, nationality, etc.) interact in complex ways to produce unequal outcomes for people who experience them simultaneously. Kimberlé Crenshaw, a law professor at Columbia University Law School, coined the term intersectionality in 1989. She used it to describe how black women were systematically discriminated against because they were both African American and female.

Even before there was a word to describe intersectionality, the Black Panther Party had already staked a position on the Revolutionary Black Nationalists’ stance toward interrelated simultaneous oppression.

Revolutionary Black Nationalism embraces anti-colonialism in solidarity with oppressed people as part of a global movement against colonization, racism, gender-based oppression, and capitalism. 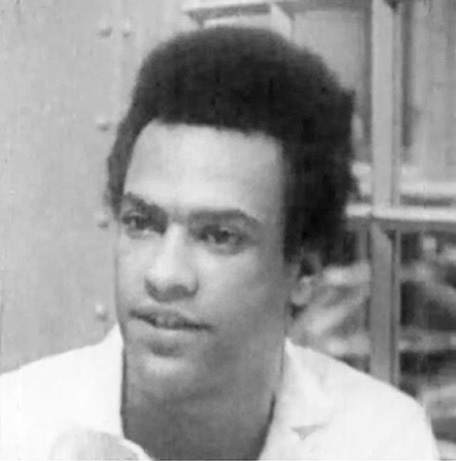 During the past few years strong movements have developed among women and among homosexuals seeking their liberation. There has been some uncertainty about how to relate to these movements. Whatever your personal opinions and your insecurities about homosexuality and the various liberation movements among homosexuals and women (and I speak of the homosexuals and women as oppressed groups), we should try to unite with them in a revolutionary fashion. I say “whatever your insecurities are” because as we very well know, sometimes our first instinct is to want to hit a homosexual in the mouth and want a woman to be quiet. We want to hit a homosexual in the mouth because we are afraid that we might be homosexual; and we want to hit the woman or shut her up because we are afraid that she might castrate us or take the nuts that we might not have to start with. We must gain security in ourselves and therefore have respect and feelings for all oppressed people. (Source: blackpast.org)

Huey Newton’s position sought to align with Black women and the Black queer community in ways that the feminist and LGBTQIA liberation movements could not.

Because white feminists do not suffer from the same injustices black women faced, their agendas often were not aligned with those of Black feminists. Black Feminists argue that Black Women are positioned differently within structures of power than White Women. The same is true of Black women in the Civil Rights movement. 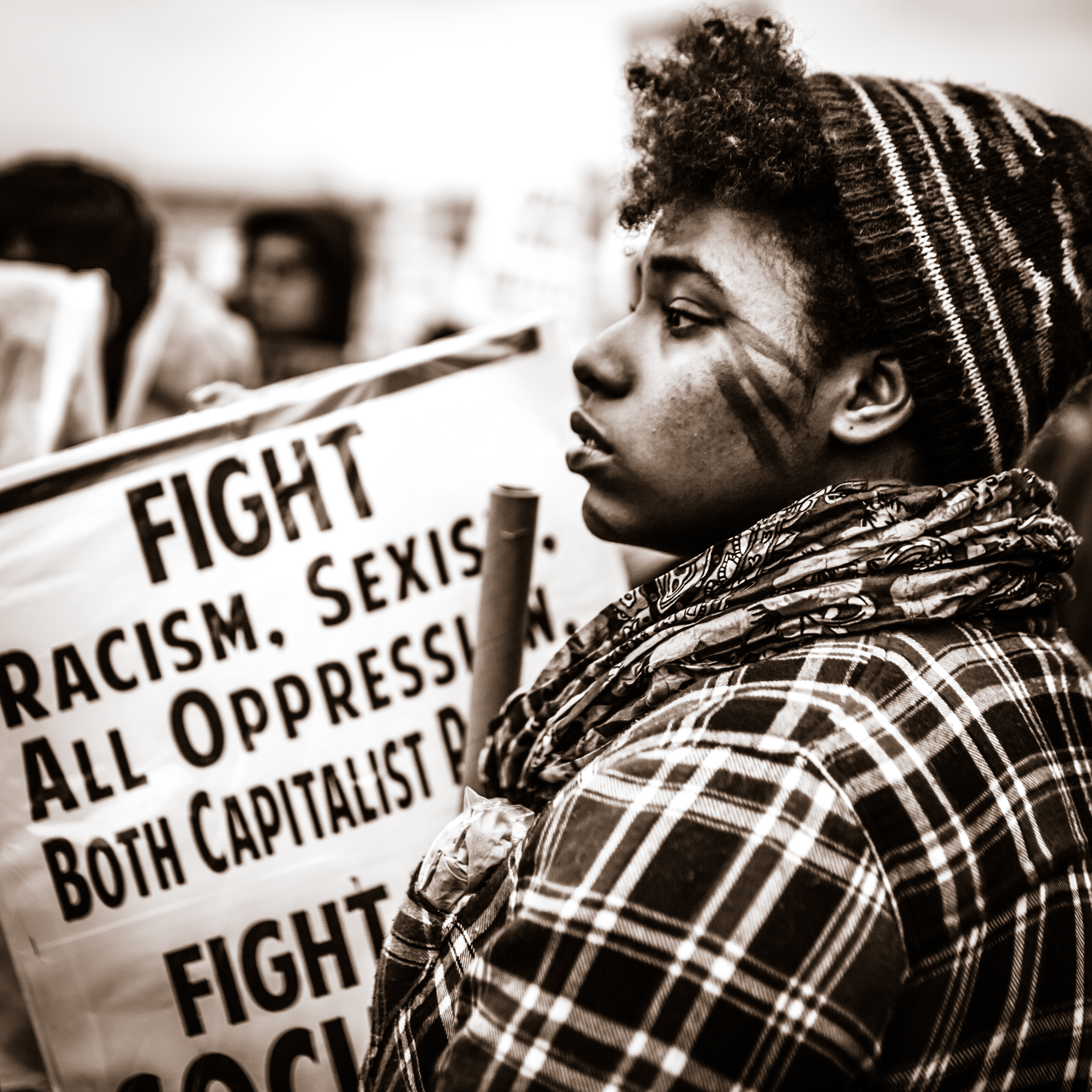 black feminist organizations were formed in reaction to limits on African American women’s roles in the Civil Rights movement and the rise of black masculinist rhetoric. (Springer 241).

The National Black Feminist Organization (NBFO) was founded in May 1973 to address the double burden of sexism and racism black women faced. In their 1973 Statement of Purpose for the NBFO, the founders declared their intention “to address ourselves to the particular and specific needs of the larger, but almost cast-aside half of the black race in Amerikkka, the black woman.”

The NBFO and black feminists have adopted a position that

Considering the history of racial tensions in the United States, it is not surprising that it was African American women who engendered the initial challenge to petty-bourgeois feminism by refusing to sacrifice their community needs to the demands of racist, elite, White women. (Taylor 234).

In Marxist economic theory, the term “petty-bourgeois” describes those who live on wages earned from their labor rather than owning capital assets. However, the petty-bourgeois class tends to adopt the values of the bourgeois, or “middle class,” who have an interest in materialism, consumerism, and hedonism. Although feminist movements fought for women’s justice, the NBFO recognized that their adoption of petty-bourgeois values often conflicted with the interests of Black women.

To the extent that white feminists have embraced petty-bourgeois values, the movement overlooks many issues relevant to women of color. For example, as Dr. Monnica Williams notes, the white feminist movement

ignores oppression inflicted by the criminal justice system. Consider the shocking facts that 60% of women in jail have not been convicted of a crime and are awaiting trial,80% of women in jail are single mothers, and two-thirds are women of color. A third are suffering from major mental illness. (Williams)

Alongside the NBFO, the Combahee River Collective was a Black feminist lesbian group active in Boston, Massachusetts, from 1974 to 1980. The Collective took its name from an event in which Harriet Tubman led a raid at the Combahee River in South Carolina. Highlighting how racism affects black lives, the group’s 1977 statement outlined their views on feminism and race relations as a response to the murder of two black women in Boston.

The Combahee River Collective Statement addressed racism in white feminist politics as well. Their focus on destroying the systemic oppression of Black women was rooted in the theory that

If black women were free, it would mean that everyone else would have to be free since our freedom would necessitate the destruction of all the systems. (The Combahee River Collective 120)

Black feminism tends to focus on intersectional systems of oppression to understand how race, gender, sexuality, religion, and other forms of oppression affect people. As a result, Black feminists tend to be more concerned about racism, sexism, and homophobia and focused on dismantling the systemic oppression that perpetuated them.

Black queer feminism focuses on the intersectionality of women who are both queer and black. The movement focused on fighting against racism, homophobia, and other forms of discrimination. Despite being oppressed in ways similar to the Revolutionary Black Nationalist movement, the larger lesbian, gay, bisexual, transgender, queer, intersex, asexual movement tends to ignore queer people of color.

Much like the Black Panther Party, the modern LGBT+ movement was born out of anti-police violence protests led by Black queer and transgender people. The Black Panther Party heavily influenced many of the strategies, tactics, and slogans of gay liberation. During one critical historical moment on June 28, 1969, New York police officers raided a gay and transgender-friendly bar called the Stonewall Inn on Christopher Street in the Greenwich Village neighborhood of Manhattan. As the police began pulling people out, the community fought back, sparking three days of riots. The historic resistance became known as the Ston­ewall uprising and launched the modern LGBTQIA movement. Without Black queer intersectional activists, gay liberation and continued activism of LGBTQ+ communities would look quite different. 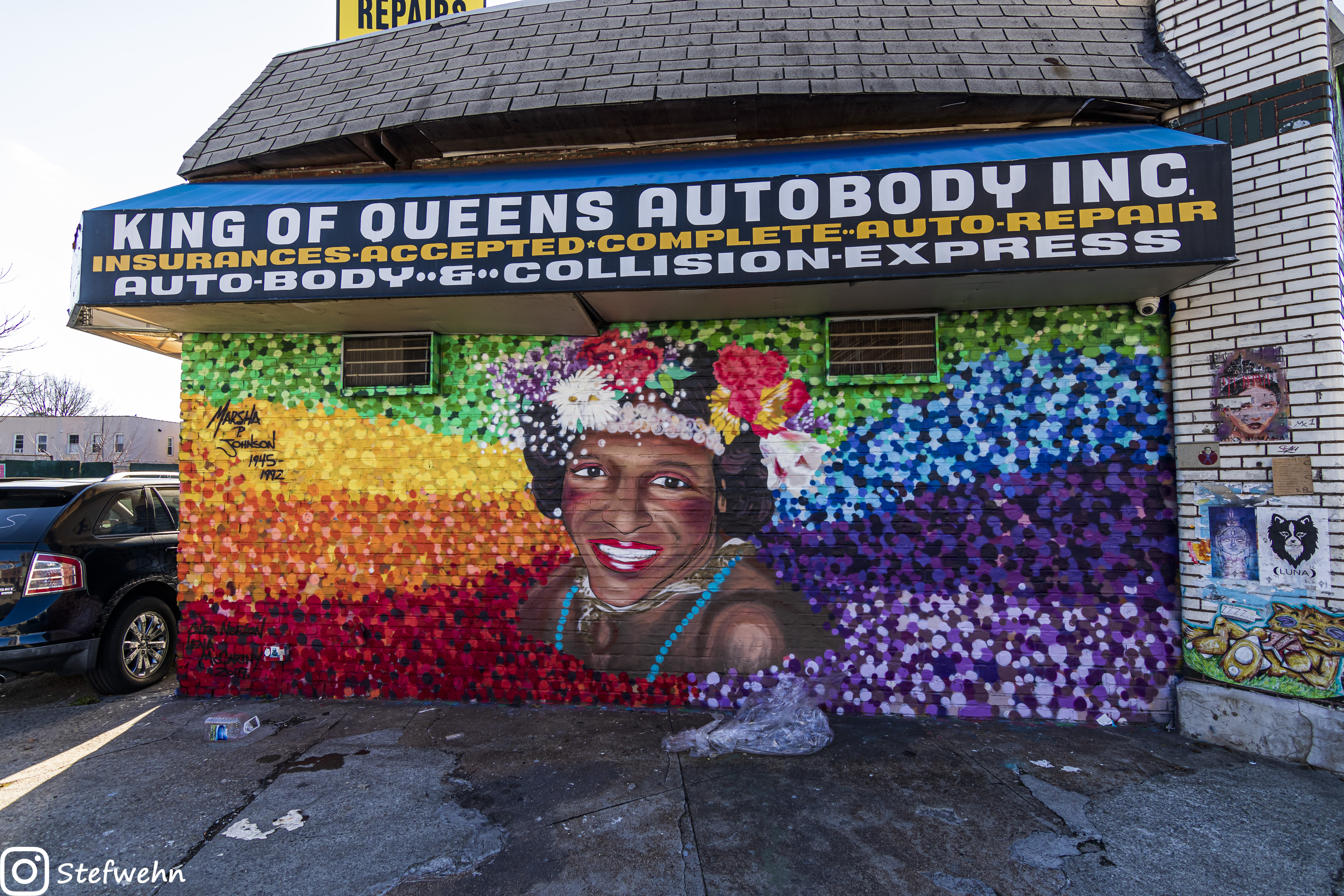 In the US, the report captured how racism compounds the discrimination trans people, trans Black women, face in particular. People of colour make up 89 per cent of the 53 trans people slain in the US during the period.

According to theNational Center for Health Statistics, the annual murder rate for Americans aged between 15 and 34 is about one in 12,000.

For Black trans women in the exact same age group, the rate rockets to one in 2,600, an investigation byMic found. (“Record number of trans people killed in 2021, tragic figures confirm”)

While the Black Panther Party sought to confront oppression in all of its forms, the same was not always true of the white LGBT+ movement. To the extent that it has whitewashed the history of the movement and failed to place the safety of trans Black women as a central concern, petty-bourgeois politics has limited the LGBT movement.

CONCLUSION: Why You Can’t Be a Black Revolutionary and Genderphobic at the Same Time

Huey Newton and the Black Panther Party position placed sexism and genderphobia in the Civil Rights movement and racism in the feminist and LGBTQIA movements as branches of the same white supremacist capitalist tree. Although they have not always been successful at implementing this theory, at its core, Black Revolutionary Nationalism has sought to overturn and uproot that tree.