Over a series of articles, I’ve explored how Black leaders sought a way forward after the failure of Reconstruction. W.E.B. Du Bois looked toward integration and Civil Rights as a means to achieve social mobility. In doing so, he relied on a liberal arts educational foundation to dismantle systemic white supremacy. His contemporary and rival, Booker T. Washington, put forward a competing educational philosophy based on an entirely different philosophical approach. In this article, I address the strengths and limitations of Washington’s approach.

Booker T. Washington was born into slavery in 1856 and became an educator and leader in the African American community. Washington’s father worked for a mine owner in West Virginia, where the family relocated after emancipation. There young Booker T. Washington received some instruction in reading and writing from the mine owner’s wife. (scholar.lib.vt.edu)

At 16, Washington walked to Virginia, where he attended Hampton Normal and Agricultural Institute (now Hampton University). A former Union General, Samuel Chapman Armstrong, established Hampton Institute after the Civil War. In Foundations of Industrial Education (1930), Dr. F. T. Struck notes that Armstrong founded the Institute to educate the freed slaves for “The instruction of youth in … the best mode of practical industry in its application to agriculture and the mechanic arts” (qtd. in scholar.lib.vt.edu) 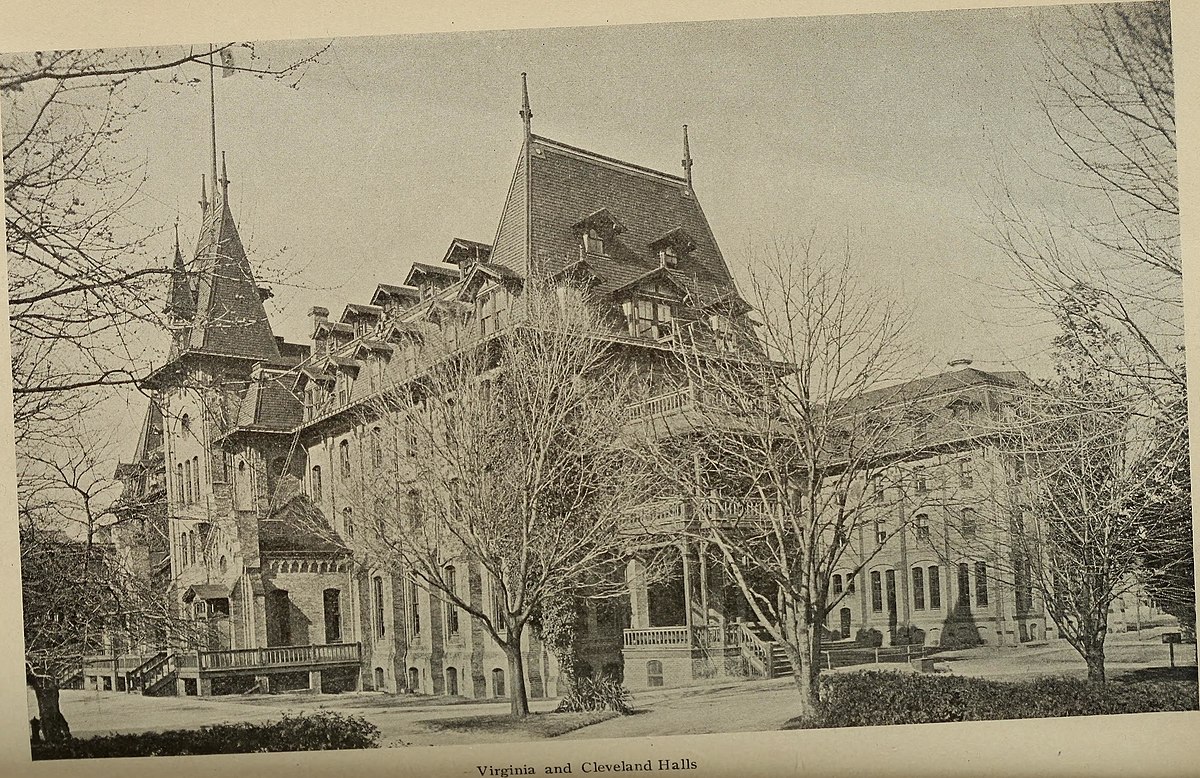 Booker T. Washington would later structure his curriculum according to the pragmatic philosophy of vocational education that he developed at Hampton Institute. (scholar.lib.vt.edu) Rather than the liberal arts education that Black intellectuals like W.E.B Du Bois put forward, Washington promoted industrial education. He believed that practical training would better equip freedmen to achieve self-sufficiency and self-determination. He argued that by doing so, Black people could gain economic independence from white southern planters and thus better advocate for themselves politically. This philosophy became known as “separate development” because it sought to develop separate educational systems within each community. To that end, Washington founded the Tuskegee Institute in 1881 where he served as its first president until he died in 1915.

Seeking to foster self-sufficiency wherein Black America could live free from white oppression, Washington did not concern himself with “Jim Crow” segregation. He did not seek admission to white schools or lunch counters in the white community. Instead, he sought to establish Black colleges and the practical education necessary to develop Black enterprise and promote economic advancement in a separate Black America. Doing so freed him from the limitations of the Civil Rights Movement, which relied heavily on the intervention of the federal government to achieve political equality.

To promote his vision, Booker T. Washington delivered his most important speech at the Cotton States International Exposition in Atlanta, Georgia, on September 18, 1895. In what came to be known as the “Atlanta Compromise,” Washington articulated his pragmatic vision for Black economic progress. In it, Washington suggested that African Americans not agitate for social and political equality. Instead, Black Americans should seek to acquire technical education and vocational training to participate in the economic development of the New South alongside and separate from white southerners. 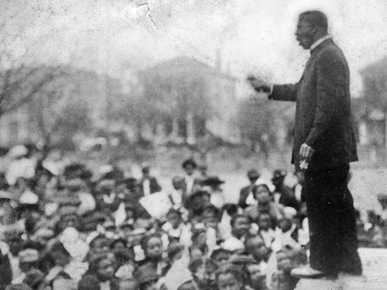 To those of the white race who look to the incoming of those of foreign birth and strange tongue and habits of the prosperity of the South, were I permitted I would repeat what I say to my own race: “Cast down your bucket where you are.” Cast it down among the eight millions of Negroes whose habits you know … While doing this, you can be sure in the future, as in the past, that you and your families will be surrounded by the most patient, faithful, law-abiding, and unresentful people that the world has seen. … In all things that are purely social we can be as separate as the fingers, yet one as the hand in all things essential to mutual progress. …The wisest among my race understand that the agitation of questions of social equality is the extremest folly, and that progress in the enjoyment of all the privileges that will come to us must be the result of severe and constant struggle rather than of artificial forcing. (americanyawp.com)

Booker T. Washington’s “Atlanta Compromise” speech was essentially an appeal to the Southern white planter class to support his vision for the economic development of a separate Black community. In turn, he urged African American acceptance of Jim Crow segregation and accommodation to second-class citizenship. On the surface, this may seem like a limitation. Still, in following Washington’s philosophy to its conclusion, one sees that the endgame made many issues of citizenship moot. Why bother with full citizenship in white America when one can enjoy the same benefits in a separate Black America? Why bother with court case after court case to dismantle Jim Crow segregation when one could build public accommodations in their own Black communities? Nevertheless, there are limitations to this approach – one of which lies in the appeal itself.

Booker T. Washington’s “Atlanta Compromise” gained broad support amongst Southern whites because of its acceptance of and accommodation to southern racist ideals. The idea of separating the races into distinct spheres of influence appealed to the Southern white elite. As such, the former Southern slaveholding class was among Washington’s chief financial benefactors. Therein lies one of the limitations of Washington’s approach. Was it realistic to believe that the Black community could develop economically without access to white capital and resources? Black History seems to indicate otherwise.

For example, many African Americans headed West in the late nineteenth and early twentieth centuryseeking opportunities in autonomous Black communities on the frontier. However, the independent towns they established tended to be short-lived. Most famously, the once-thriving Black town of Nicodemus, Kansas, was established in the 1870s but fell into steady decline by the end of the 1880s. Because the region’s climate did not prove reliable for long-term community sustainability, Nicodemus could not survive without connecting to the more extensive Western infrastructure. Its fate was sealed when the Missouri Pacific, the Santa Fe, and the Union Pacific railroads bypassed the town. Booker T. Washington’s appeal for financial support from the white planter elite seems to concede the point. Adherents to Washington’s philosophy will consistently face the paradox that separation from white America may not be feasible without the economic support of white America.

Additionally, Washington rejected the approach of W.E.B. Du Bois, the NAACP, and their emphasis on the legal system in pursuit of political and social equality. However, doing so opened up an entirely different problem. If separate Black communities did gain prosperity, how might that prosperity be protected? Without legal rights and protections, there was nothing to stand in the way of white mob violence. That same violence reduced the thriving Black towns in the Greenwood district of Tulsa, Oklahoma, and Rosewood, Florida, to ashes in 1921 and 1923, respectively. On a broader level, W.E.B.Du Bois pointed out the contradiction in Washington’s educational philosophy in a chapter of his book, The Souls of Black Folk, entitled “Of Mr. Booker T. Washington and Others.” 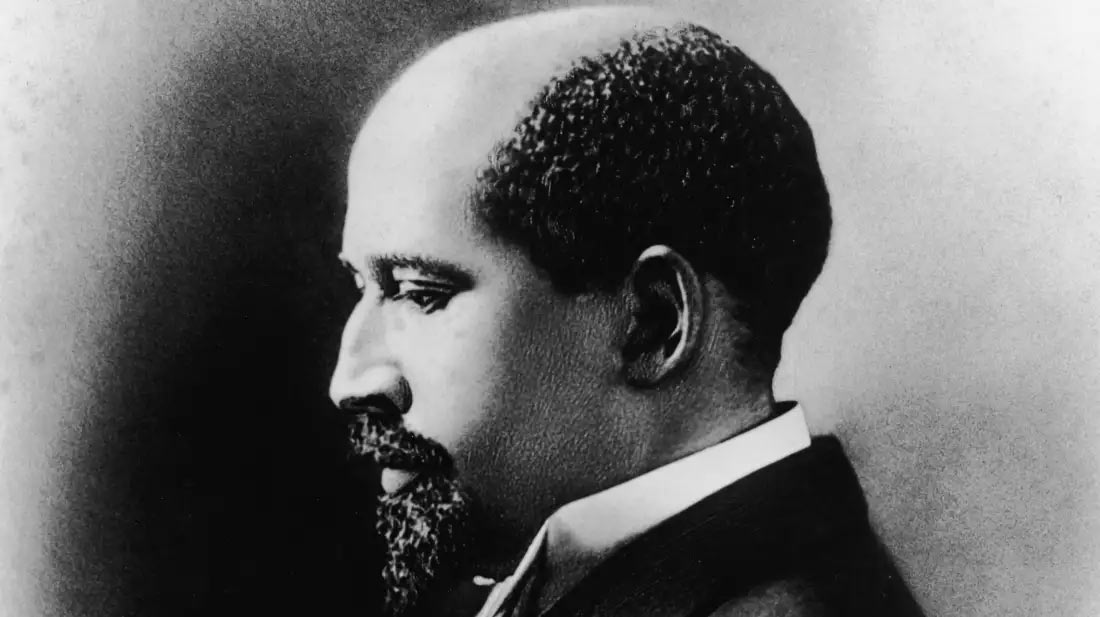 He advocates common school and industrial education, and depreciates institutions of higher learning, but neither the Negro common schools, nor Tuskegee itself, could remain open a day were it not for teachers trained in Negro [liberal arts] colleges. (qtd. in Carson 331)

In this round, I examined the philosophy of “separate development” and critiqued its limitations through the framework of W.E.B. Du Bois’s approach. Washington died in 1915, but Black leaders such as Marcus Garvey and Malcolm X would later pick up Booker T. Washington’s mantle. They carried it forward in the 1920s through the 1960s, which later became the core of Black Nationalist philosophy. In the wake of World War I, the largest proportional wave of European ethnic immigration entered the United States and introduced additional philosophies. The next round will examine the strengths and limitations of the approaches they brought with them – specifically communism and socialism. How might these new approaches be brought to bear in the Black struggle? I’ll explore that in Round 3. In the meantime, who won this round?